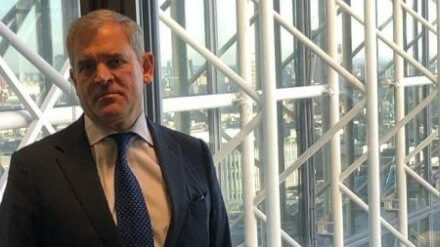 In a week when Lloyd’s set its sights on becoming the most advanced insurance marketplace in the world, InsuranceAsia News sat down with Bruce Carnegie-Brown, chairman of Lloyd’s, at its famous London headquarters yesterday (October 2).

Commenting on the ambitious plans, he stressed it will take time: “We are in a six-month transition period for the Lloyd’s Blueprint [published earlier this week] and we will unveil more specific plans over the next few months [Lloyd’s chief executive John Neal is the keynote speaker at the SIRC for example].”

A key driver will be the technology initiatives such as a syndicate-in-a-box which the Munich Re Syndicate is introducing the first one on January 1 2020.

Another initiative is the Lloyd’s Risk Exchange will underwrite high-volume and low-value risks and enable digital policy purchases; the idea is for efficiency and cost reduction to be facilitated through automatic, algorithm-based risk ratings.

Carnegie-Brown (pictured) added: “Technology is a great enabler for global business and we see an opportunity to further develop the Lloyd’s ecosystem internationally – whether you are in London, Singapore, Shanghai or Sydney it should be easier to place business with Lloyd’s. A digital environment can help improve the cost structure, bring more innovation and allow the customer to buy more cover.”

He said: “The placement system is helping with the modernisation of Lloyd’s and we have had small beginnings across Asia-Pacific but the customer experience and Lloyd’s efficiency is still not what is should be.”

Lloyd’s needs to show greater relevance for customers as risks move from being tangible to intangible while Asia is a key growth market for Lloyd’s too.

He commented: “As Asian countries expand their risk appetite we expect them to bigger players in international markets as they seek to diversify their risk abroad. China Re started with a side-car through Catlin around a decade ago and now owns a managing agent (Chaucer).”

Meanwhile Japanese insurers are following their customers as they internationalise and there are opportunities in countries such as Vietnam where premiums are growing quickly.

Carnegie-Brown is relaxed that some syndicates have decided to exit writing risks from Asia recently, such as ArgoGlobal; he said: “Some ebb and flow in business activity in markets such as Singapore is not surprising as companies focus on profitability at the core of their businesses.”

In addition to reshaping its business, Lloyd’s has dealing with the fallout from several scandals involving poor behaviour over recent months. After an extensive staff survey and review of its rules the senior management are trying to turn things around. He said: “We have been speaking up about the cultural challenges and are trying to be as open as possible; we are taking action to rectify the situation.”

Despite the headwinds, which included another underwriting loss in the first six months of the year, and an increasingly worrisome political outlook, Carnegie-Brown is upbeat: “We are living in exciting times and we are very positive about the future of Lloyd’s.”