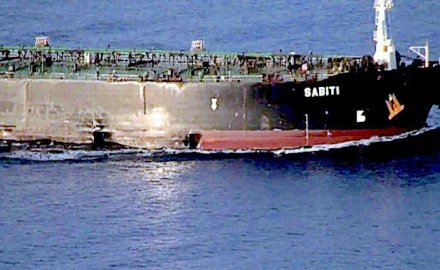 Amidst heightened tensions in the Middle East, there have been claims that an Iranian oil tanker the Sabati has been damaged by what some in Iranian media had described as a rocket attack.

It has been reported that whilst the explosion caused an oil spill into the Red Sea, this was brought under control and the crew was reported to be safe. However there are some reports claiming the incident didn’t take place.

Iran’s National Oil Company (NIOC) said two explosions on the vessel had been caused “likely by missiles” but dismissed earlier reports quoting it as saying the missiles were likely to have come from Saudi Arabia.

It is the latest incident in the region after US officials said Iran was responsible for attacks on two oil tankers in the Gulf in June and July, as well as attacks on another four tankers in May.

Iran denied involvement in all the incidents.

Jonathan Moss, head of marine and trade at law firm DWF, commented: “Marine insurance, cargo and hull and machinery cover incorporating war risks, is uncontrollably linked with geopolitical conflict. This latest incident will drive insurers to raise further war risk insurance rates for vessels operating in the region, over and above the tenfold increase to rates since the attacks on tankers in May.”

He added: “Whether this was an act of terrorism or indeed a breach of international sanctions is of crucial significance in determining whether and how cover might respond, if at all.”

“What is certain, however, is that the continued instability and unpredictability in the region will have an adverse effect on sea trade…and will add to the growing trend of increasing marine insurance premiums.”

US officials said Iran was responsible for attacks on two oil tankers in the Gulf in June and July, as well as attacks on another four tankers in May.

Iran denied involvement in all the incidents.