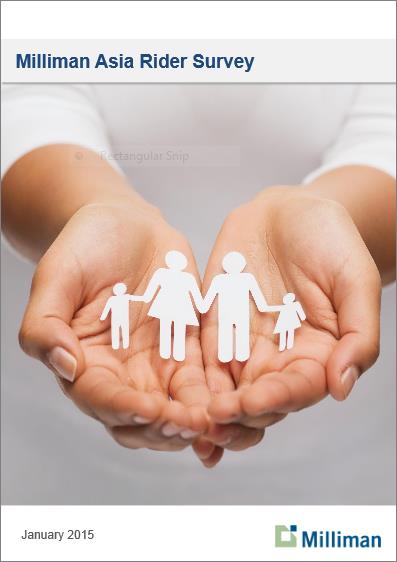 In November 2014, Milliman conducted an online survey of life insurance executives to gauge their views on the current and future rider landscape in Asia. We received 139 responses and would like to express our sincere thanks to those who took the time to participate in the survey.

The survey participants represent a diverse range of markets at different states of maturity, and cover companies with different ownership structures, as seen in the two charts.

Both emerging markets and mature markets are well represented in the survey, with the most responses coming from Indonesia, China and Hong Kong, respectively. The size of the bubble is proportional to the number of respondents by country.

We received a mix of responses from local domestic insurers and European, North American and Asia-based multinationals/joint ventures.

The results of the survey are shown below, together with commentary on the key findings. We then follow with some considerations for achieving a sustainable rider growth strategy and concluding remarks.

-Milliman
Get the report here
Share Article
MORE FROM: White Papers
Partner Content
Join the mailing list Receive our regular newsletter, a round-up of the latest news and insights direct to your inbox, and designed to help you stay ahead.
Partner Video