Anna Lee promoted at Swiss Re 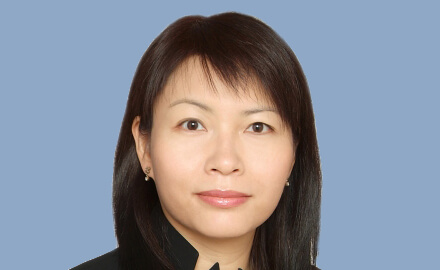 Starting on June 1 and based in Hong Kong, Lee (pictured) will drive deal origination and business growth in the region, reporting to Victor Kuk, Swiss Re’s head of P&C reinsurance, for Hong Kong, India, Korea, South-East Asia and Taiwan.

Lee’s career at Swiss Re has spanned over 17 years including as head of P&C reinsurance for Hong Kong and Taiwan. As head of business services, Asia (including Australia and New Zealand), she led a regional team of more than 50 people.

In another move at the firm, Simon Herbert, former chief underwriting officer at Malaysia’s AmGeneral Insurance, has joined Swiss Re as its new head of casualty underwriting for South-East Asia, India, Korea, Hong Kong and Taiwan. Herbert, who started on May 4 in Sydney, replaced Siew Choi Yau, who took up the role of head of P&C solutions Asia Pacific in January; Herbert will relocate to Singapore in due course.

Ronnie Tong has also assumed the role of head of P&C facultative Asia. Singapore-based Tong started on May 15 and leads the facultative underwriting team and joins the Swiss giant with plenty of facultative and specialty underwriting experience.

Tong was most recently the chief underwriting officer for facultative and specialty at Asia Capital Re and has held leadership roles at AIG, Axa and Zurich; he has worked in Australia, Beijing, Hong Kong and Singapore.

Li Hui Lee joined Swiss Re’s regional L&H solutions team in 2015 and has over 15 years of experience in business and product development, and marketing across insurance and healthcare. Li Hui Lee has helped with the firm’s Vitana blockchain health parametric product in Singapore and the Bao Wan Bettercare diabetes product in Thailand.