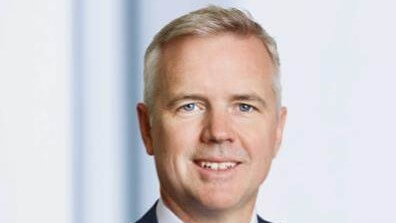 Zurich, which has a large business in Asia Pacific, posted a 16% rise in 2019 business operating profit as it benefited from an improved business mix, lower volatility and cost savings.

Howell (pictured) added: “The gross written premiums (GWP) for the P&C business exceeded US$3 billion reflecting Zurich’s strong focus to grow the business in Asia Pacific. The annual premium equivalent (APE) from Zurich’s life business in Asia Pacific was US$268 million as it expanded distribution channels, launched new products and made significant improvements to customer satisfaction.”

It has been a turnaround story for global chief executive Mario Greco after he joined when the insurer was in some trouble.

He has continued expansion in Asia-Pacific. Its latest deal was in Indonesia for 80% of P&C insurer Adira. The deal came shortly after Greco unveiled a new three-year growth plan for the company, targeting a return on equity of more than 14% and earnings per share growth of at least 5%.

Growing the business in South-East Asia will remain a key strategic priority for the group, with the stake in Adira an important part of that long-term goal.

The insurer also said it is unlikely to take a significant hit from the coronavirus outbreak in China, though the epidemic could lead to a drop-off in premium volumes for travel and business interruption insurance, Quinn said.