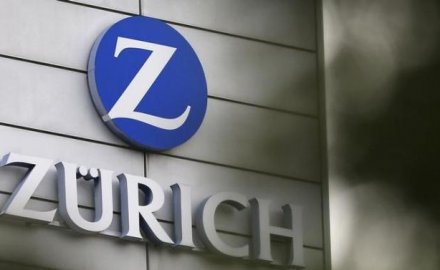 After 18 months of negotiations and awaiting regulatory approval, Zurich has completed the A$2.85 billion (US$1.98 billion) purchase of ANZ’s Australian life unit OnePath.

In addition to a 20-year bancassurance agreement with banking giant ANZ, the deal means 500 of ANZ’s staff will transfer to the Swiss insurer; OnePath Life sold its operation in New Zealand to Cigna last year.

The acquisition is another sign that Zurich’s Asia-Pacific strategy is reaping dividends and also confirmation that it wants to continue its mix of life and P&C regional distribution.

Zurich already has a significant footprint in Australia. The firm bought travel intermediary Cover-More in the summer of 2017 and transferred the underwriting in-house; it also sells P&C business insurance via brokers.

Elsewhere in the region, Zurich agreed a deal last September to buy Adira Insurance for Rp6.15 trillion (US$414 million), making it the largest foreign P&C insurer in Indonesia, and within the past few months it signed a 15-year bancassurance partnership with Alliance Bank Malaysia and its subsidiary Alliance Islamic Bank.

Zurich’s Asia-Pacific chief executive Jack Howell, who has worked at AIG, Prudential and briefly alongside his current group chief executive Mario Greco at Generali, has a long track record of working in Asia, including in Hong Kong, Indonesia, the Philippines and Vietnam.

Commenting on the OnePath deal, Zurich’s group chief executive officer Mario Greco said: “Zurich is strengthening its business in Australia and we can now engage with up to six million new customers with this acquisition of OnePath Life and the access to ANZ’s distribution channels.”

“Asia Pacific is a key region for Zurich and this deal adds further complementary products and additional bancassurance distribution capacity in the region. OnePath Life’s retail business, focused on protection and savings products, is perfectly aligned with our strategy in life insurance and should further add to our strong cash remittances.”

Greco joined the firm at a difficult time after it booked significant losses from the Tianjin port disaster in China and US and motor construction liabilities in the US in 2015 under the leadership of previous chief executive Martin Senn. The poor results saw the insurer drop a proposed bid for UK rival RSA.

Greco has helped turn around the firm, placing it on a sure footing in part helped by initiating a series of cost cuts; the current business plan runs until the end of 2019 with the plan to cut US$1.5 billion of costs by then.