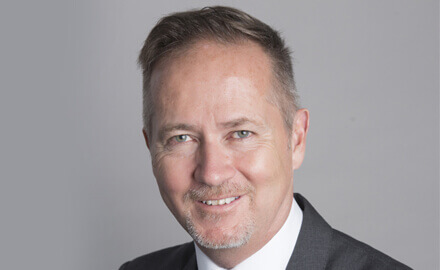 Swiss giant Zurich has made organisational changes in Asia Pacific as Chris Waterman is promoted to a new role as global head of property, marine and technical lines.

Tim Plant, chief executive of general insurance at Zurich Australia and New Zealand, will continue to lead the businesses. Plant began this role in July 2018, and joined the firm from icare where he was the group executive of insurance for NSW. He also held senior roles at Australian major QBE between 2009 and 2016.

Both Peacock (pictured) and Plant will report to James Shea, global head of commercial insurance, and Jack Howell, chief executive of Asia Pacific for Zurich.

Meanwhile, Waterman will relocate to Switzerland for his new global position. He previously served four years as Zurich’s head of commercial insurance for Asia Pacific.

On Waterman’s new global appointment, a Zurich spokesperson told IAN: “[Waterman] has led and driven the growth of the commercial insurance business in the region. His experience, knowledge and understanding of the needs of brokers and customers will enable greater visibility for Asia Pacific on a global level.”

“Leveraging on what we have built up successfully, the commercial insurance business will now be managed as two separate regions — namely Asia, and Australia and New Zealand. Zurich has a successful and growing commercial insurance business in Asia Pacific. We are focused on serving our customers — delivering high service standards, innovating products and complementing our propositions with disciplined underwriting expertise,” the company told IAN.

InsuranceAsia News conducted a recent interview with Asia Pacific chief executive Jack Howell on the implications of Covid-19, Zurich’s 2019 performance and what we can expect this year from the company’s Asia portfolio. For more, see here.