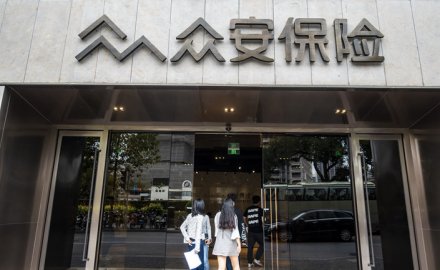 ZhongAn is betting on expansion in South-East Asia to help defy sceptical investors and turn its fortunes around.

“Traditional insurance products can be too complicated and costly to customers,” he said. “On the other hand, insurance companies need a new way to reach out to the young generation who are used to living in a connected world, as opposed to the traditional model where insurance companies heavily rely on brokers and banks to distribute their products.”

Rapid growth has been a hallmark of the company since its initial public offering in Hong Kong in September 2017. Aggregate gross written premiums doubled in 2018 and were up 26% again during the first 11 months of 2019. But investors haven’t always been impressed by the company’s performance. It is currently trading at roughly half its HK$59.70 IPO price and well below its peak of more than HK$93 after continued losses.

“We want to export our technologies from China to Asia and the Belt and Road countries.” Bill Song, ZhongAn

Indeed, ZhongAn issued a profit warning last January after losses increased by 75% due to weak investment income, research and development costs, and pre-operating expenses incurred by its plan for international expansion.

Transformation
But those investments may be starting to pay off. ZhongAn started life as a company that mostly insured the delivery of goods bought through Alibaba’s e-commerce platform, but its efforts to diversify and develop genuinely valuable technology are helping the company to fulfil its hype as an insurtech player.

“This is where ZhongAn finds its sweet spot,” said Song. “With technology, we change the way insurance products are created and distributed, and make insurance much more accessible to the users.”

ZA Tech Global is a key element of the company’s expansion outside China. Created in partnership with Softbank, the venture is part of an international development platform to explore international business development, cooperation and investment opportunities in relation to fintech and insurtech business in overseas markets.

ZhongAn is still investing heavily in research and development, including an additional Rmb459 million (US$65.9 million) during the first half of last year.

Through these efforts, ZhongAn teamed up with Singapore insurer NTUC Income in April last year to provide its cloud-based distributed core insurance system. It is also collaborating with South-East Asian ride-hailing company Grab to establish a digital insurance distribution platform and provide back-office technology, with a view to providing customised insurance products for the millions of Grab users in the region.

“We want to export our technologies from China to Asia and the Belt and Road countries and be the trusted partner in driving digitalisation across the global insurance industry,” said Song.

Profits
Investors are slowly warming to the new strategy. After warning about losses in January, the company’s half-year report for 2019 was its first results announcement to feature a profit — a small but significant Rmb94.5 million. During the same period, the company’s revenues from technology exports were Rmb105 million.

As a result of these positive results, the stock is up 75% since its low point in early August. The company is still running an underwriting loss, but the half-year figure was down by 43% compared to 2018, which helped the combined ratio fall to just 108% — down from a full-year ratio of 133% in 2017.

ZhongAn is still investing heavily in research and development, including an additional Rmb459 million (US$65.9 million) during the first half of last year, which is equivalent to roughly 8% of its premium income.

The company is also expanding into other international markets. In Japan, it partnered with Sompo to upgrade its core insurance system, allowing the insurer to launch its first earthquake insurance policy via Line, Japan’s most popular messaging app.

ZhongAn claims that its digital core insurance system allows insurers to synergise their channels within a week, launch new products in three days and process up to 32,000 insurance policies per second. That seems like a winning product.