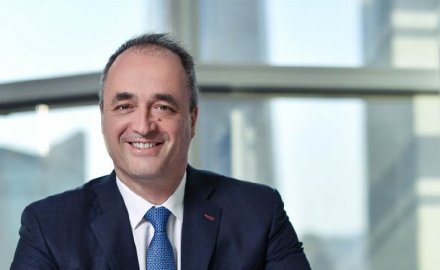 Xavier Veyry, chief executive of Axa China, chairman of Axa Tianping in China and Axa General Insurance in Korea, has been promoted from his role as chief executive for Asia and Europe at Axa XL.

InsuranceAsia News understands Veyry (pictured) will keep his China and Korea chairmanships but step down from his role as chief executive of Axa China “later this year” to lead Axa XL’s Asia & Europe business from Dublin, subject to regulatory approval.

Over a 24-year career at Axa, Veyry has held several chief executive and leadership positions across 12 countries in the Middle East, Asia and Europe.

Most recently, Veyry oversaw the process towards full ownership of Axa Tianping.

Scott Gunter said: “[Veyry’s] extensive international experience positions him ideally to lead Axa XL’s business across Asia & Europe. When we think about Asia and Europe in terms of a business unit, we know that it’s incredibly diverse in terms of economies, business and culture.”

Hong Kong-based Gordon Watson, chief executive of Axa Asia – who oversees Axa’s China operations, commented: “I would like to thank [Veyry] for his superb leadership while in China. I’m delighted he will continue to support the growth of the Axa Group in China as chairman of Axa Tianping and through his directorship at ICBC-Axa.”