What regulations to expect in 2020 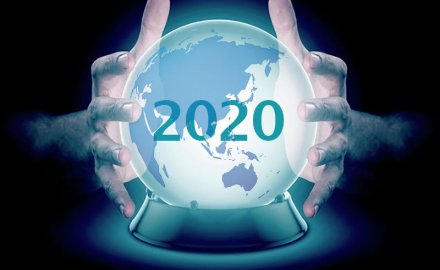 The new year will undoubtedly bring plenty of surprises for the region’s insurance markets, but here are some of the key regulatory developments we are expecting to see in 2020.

Further foreign investment in China is a given this year. Starting on January 1, foreign ownership in joint venture life insurers can reach 100%, which should encourage greater competition in the sector. More insurers may also follow in Allianz’s footsteps by establishing fully foreign-owned insurance holding companies.

Onshore insurers will continue preparing for the second phase of China’s Risk Oriented Solvency System (C-ROSS), due in June, which is expected to bring higher and more risk-aligned risk capital charges. Moody’s expects individual insurers to make adjustments that will include changes in growth strategies to reinsurance purchases to reduce the effect on their capitalisation.

Even so, insurers are well-positioned to cope with the changes. Capitalisation in the industry is strong, with a comprehensive solvency ratio of 279% at the end of June 2019, which was the highest level since 2016.

The merger of public-sector insurers National Insurance, United India and Oriental Insurance could be completed this year, though the companies will need more capital before the deal moves forward to ensure that the merged entity can meet solvency requirements. The government is likely to propose a capital infusion in the budget to be unveiled in February, but it remains to be seen how quickly the merger and subsequent initial public offering will happen.

On the subject of capital requirements, the Insurance Regulatory and Development Authority of India has announced plans to move to a risk-based capital (RBC) regime. While the planned timing of such a move remains uncertain, more details are expected this year.

Hong Kong saw yet more civil unrest during the new year celebrations, foreshadowing what may be in store for the year ahead. But protests aside, insurers in the city are looking forward to some significant developments in 2020.

Legislation enabling insurance-linked securities (ILS) will be signed into law in the first quarter, enabling the creation of special purpose vehicles that can issue catastrophe bonds, mortality bonds, industry loss warranties, sidecars and other collateralised insurance and reinsurance products. This should mean that we will see Hong Kong’s first ILS deal in 2020 as it seeks to remain competitive as a regional insurance hub.

The Insurance Authority is also in the process of developing a new RBC framework for the industry. The regulator has completed three quantitative impact studies so far and is now finalising the rules on Pillar 1 capital requirements, with a further consultation process expected in 2020 and implementation in 2021.

Starting on January 1, insurers will be subject to new guidelines on enterprise risk management that encourage them to establish effective tools to identify, monitor, manage and mitigate risks.

After a year of significant natural catastrophe losses, Japanese market participants will be hoping for a calmer year. To offset their domestic risks, the country’s biggest insurance groups will undoubtedly continue to acquire assets overseas.

On the regulatory front, Japan’s Financial Services Agency is considering a new economic value-based solvency regime and will start a monitoring programme this year with a view to implementation by 2025.

The Lion City has been very active in the promotion of its insurance sector during the past few years and more developments are undoubtedly in store for 2020.

Updated solvency rules, known as RBC 2, will be implemented from January 1 this year, though the industry is well prepared for the changes after several parallel runs.

At the same time as Hong Kong’s ILS regime gets underway, an important ILS grant in Singapore will expire. The scheme funded up to S$2 million (US$1.5 million) of issuers’ upfront set-up costs for issuing bonds in Singapore, which encouraged several new issuers to come to the city in 2019. It will be interesting to see if issuers will continue to set up in the city now that the grant has expired (or whether it will be extended).