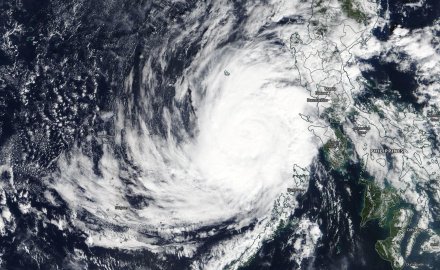 The costs of Typhoon Phanfone, which hit the Philippines on December 24, are estimated at US$19.7 million — a proportion of which will be insured — according to the latest bulletin from the Philippines’ Natural Disaster Risk Reduction and Management Council.

Typhoon Phanfone, known locally as Typhoon Ursula, is the nation’s 21st storm of 2019 and the deadliest of the year in terms of human cost, as the death toll has now risen to 50.

It is believed that dozens of people are injured or still missing.

The damage to crops and infrastructure has been significant — over 250,000 homes have been destroyed. On Christmas Eve, intense winds and heavy rainfall made their way to the central Philippines, mostly concentrated in Visayas, a central island; around two million people were affected.

Typhoon Phanfone follows from Typhoon Kammuri, which hit the country in early December. Kammuri, locally known as Tisoy, downed power lines, promoted a 12-hour shutdown of the Ninoy Aquino International Airport and mandatory evacuations of half a million people.

In 2013, Typhoon Haiyan lashed the Philippines which saw over 6,000 killed.

Both public and private sectors have recognised the need for financial resilience and protection in a nation highly vulnerable to disasters – just in October, the country was rocked by three major earthquakes, with the strongest one registering a 6.6 magnitude.

Natural catastrophes have cost the nation US$7 billion since 2011.