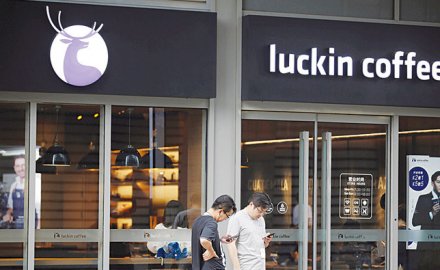 On May 12, the coffee chain fired its chief executive Jenny Zhiya Qian and chief operating officer Jian Liu. And on May 19, New York’s Nasdaq requested the company to delist from the exchange.

These are only the latest events in the company’s massive accounting scandal. The saga began in April, when it became known that Luckin fabricated US$310 million in its 2019 sales. Its stock subsequently plummeted by around 80%.

“D&O has been lukewarm in the Chinese market since its first appearance around two decades ago.” Hao Zhan, Anjie Law Firm

In May 2019, Luckin Coffee completed its Nasdaq IPO. But before its listing, the company purchased a US$25 million directors’ and officers’ liability insurance (D&O) underwritten by several insurers – including majors Ping An, China Pacific Insurance Company (CPIC), Allianz and Zurich.

As of May, it is understood that Ping An has already received and is processing a D&O claim from Luckin. The Shenzhen-based insurer has not yet responded to a request for comment.

Limited uptake
D&O cover protects a company’s senior leadership and any potential legal claims against them, however, D&O has had a poor uptake in China.

Hao Zhan, managing partner at Beijing-headquartered Anjie Law Firm, told InsuranceAsia News (IAN): “D&O has been lukewarm in the Chinese market since its first appearance around two decades ago.”

Zhan added that interest has been limited to Chinese companies listed in overseas securities markets, or financial institutions under strict scrutiny from the Chinese regulator.

The D&O purchase rate among listed companies in China has been around 2% since 2002. In the US, the uptake is around 90%, and around 80% in the EU, Canada and even Singapore.

There has been low traction for this type of coverage as a result of PRC legislation loopholes regarding corporate directors’ and officers’ liability, notes Zhan. General provisions exist in PRC Company Law to address D&O liability he says, but the lack of concrete guidelines and detailed penalties mean that in reality, claims have rarely been filed.

Zhan added: “The power of the majority shareholder to manipulate a company’s governance structure also hinders [parties] from claiming damages.”

Global markets are pinning their hopes that China’s financial institutions are maturing and corporate governance evolving.

AIG pronounced in 2017: “D&O is still in its relative infancy throughout Asia, but this is likely to change — especially in China. Risks and liabilities that didn’t exist in past years loom large for growing Chinese businesses… that require complex corporate governance standards.”

Regulatory developments
Many attribute the focus on corporate governance to the new securities law that Beijing passed in March.

“[It] punishes companies’ securities violations by including provisions that put in greater investigation efforts for fraudulent offering, information disclosure which violates the provisions, failure by intermediaries to carry out due diligence, as well as market manipulation, insider trading, making use of unpublished information to carry out securities trading, and other acts which seriously disrupt market order,” noted Zhan.

The state’s public records show that 23 companies in 2019 purchased D&O. In 2020, 72 companies in Shanghai and Shenzhen alone have announced plans to buy D&O coverage.

Inquiries and purchases have been on the rise — as more questions are being asked about relevant D&O litigation due to the pandemic outbreak.

Looking at April, right after the Luckin scandal broke and the new regulations were passed, there were 30 listed companies who issued D&O plans — more than twice the amount than in the previous quarter.

Rule changes in Hong Kong have previously seen an uptake in policy purchases.

A case study, AIG saw a 47% increase from 2012 to 2016 — in the latter year, the firm paid out US$13.6 million in claims from its Asia Pacific D&O policies. The leap in uptake came after the Hong Kong Stock Exchange revised its rules to a “comply and explain regime . . . compelling virtually all publicly-listed companies to take up a D&O policy,” according to Jason Kelly, AIG’s head of international financial lines.

Regulatory enforcement action was the main driver of growth — with the insurer estimating regulatory investigations accounting for up to 90% of claims cost in Hong Kong.

More change ahead
Companies who purchase D&O can allow for their execs  to make decisions without the threat of personal liability and thus inspire creative company decisions – something that will be beneficial to a weaker economy.

Zhan explains: “D&O… complies with the trend of protecting the rights and interests of investors. Although there exists the [notion] that D&O insurance [may] encourage bad behaviour – with the developing pace of the securities and insurance markets, D&O can give great imagination to Chinese underwriters.”

And just like most things in recent months, D&O has also been impacted by Covid-19. Inquiries and purchases have been on the rise — as more questions are being asked about relevant D&O litigation due to the pandemic outbreak.

As China’s regulations and enforcement become more geared towards similar goals, the development of D&O is one to watch closely.