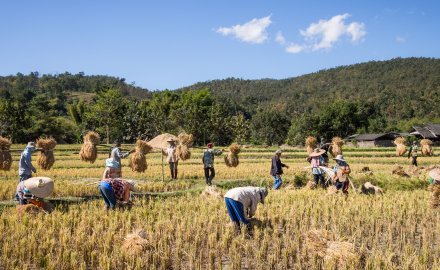 The move is part of a US$10 billion government stimulus package to try and counter-act a slowdown in the economy.

The specific rationale is to stabilise prices for rice farmers hurt by a prolonged drought and a strong local currency.

Under the  scheme, the government has agreed to pay farmers a fixed price for a set amount of production if market prices fall below benchmark prices during the main harvest seasons.

Thailand has been suffering its worst drought in more than a decade and has resulted in the price of sticky rice, a hugely popular dish, doubling in around a year.