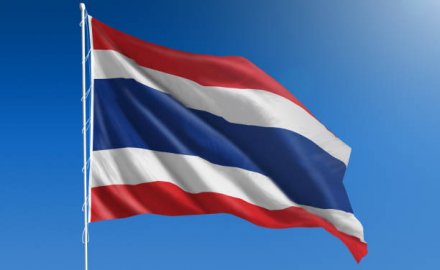 Thailand’s insurance regulator should be given more independence and led by qualified supervisory staff rather than bureaucrats with no industry expertise.

At least, that’s the view of the IMF in its latest financial system stability assessment of the country, which argues that the banking, securities and insurance regulators should be brought under an umbrella body that sits outside the central bank.

The Office of Insurance Commission (OIC) has certainly improved significantly during the past decade. Its staff are more effective, supervisory requirements are stronger and risk-based, and it is working more closely with peers in neighbouring countries. Just last month the OIC signed an agreement with the Monetary Authority of Singapore to strengthen collaboration between the two bodies.

Insurance penetration at 5.4% is higher than most other countries in the region, including Malaysia, Indonesia and Vietnam, and is also higher than many countries with similar per capita income such as Columbia, Peru and Ecuador. And the industry is growing strongly, with gross premiums written increasing at an average annual rate of around 17% during the past decade, substantially above nominal GDP growth of 9.9% during the same period.

But the IMF also sees room for improvement. One of the first steps to ensuring the regulator’s independence would be to give it the authority to set the fees that it relies on for funding. That power is currently held by the finance minister, which the IMF worries could be used as a weapon against it.

“While the OIC appears to be adequately resourced at present, vesting authority for fees outside the OIC creates a risk that restrictions on resources could be used to inhibit the operational independence of the supervisory organisation,” it said in the report.

Greater independence would also require greater accountability. As with many of its counterparts across the region, the operations of the regulator are not transparent and could be improved by the requirement to publish a multi-year strategic and operational plan with performance targets, as well as an annual report on progress.

Thailand also has too much of the wrong type of competition. On the non-life side, where the single biggest player has an 8% market share, industry consolidation might be beneficial.

“There is a risk that fierce competition among insurers on price, rather than on quality of service, could result in the erosion of underwriting discipline and could create solvency problems,” said the IMF. “This is particularly true for smaller insurers.”

At the same time, more could be done to encourage new entrants. There is no official policy, but in practice the OIC has imposed a moratorium on new licences for more than 20 years on the grounds that there are already enough insurers. While this is true, lower barriers to entry, including for foreign competitors, could help to encourage consolidation.

Disruptive insurtech players could also help to develop high-quality competition, but the OIC’s regulatory sandbox for insurtech, while a step in the right direction, could be better. For example, it doesn’t even allow insurtech startups — they must partner with an incumbent insurer to take part.

Assuming a healthier competitive environment can be fostered, the OIC will also need more power to clear out the companies that cannot keep up.

“The current legislation does not include the authority for the OIC to take control of non-life insurers,” said the IMF. “The ability for the supervisor to take control is an important tool needed to minimise losses when an insurer is headed towards insolvency.”

Doing so would also require clear rules that set out a point at which insurers can no longer continue, possibly tied to a risk-based solvency requirement.

The recommendations of the IMF report, which is conducted jointly with the World Bank, are intended as a holistic approach to the financial system as a whole and include a whole package of measures.

For its part, the OIC has said that it agrees with the IMF’s comments and observations and will put the recommendations into practice “over the coming years”.

At the very least, a commissioner with an insurance background and greater independence to direct the industry would be a step forward.