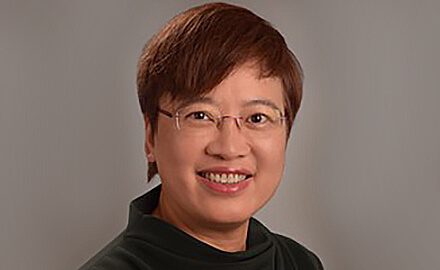 InsuranceAsia News understands that Stella Fok, chief executive of Liberty International Insurance (Hong Kong) and east region accident & health practice leader, is set to retire from the US giant and the market on April 1.

Fok (pictured), who has been at the firm since 2005, became president of Liberty International Insurance (Hong Kong) in January 2016 when she succeeded Nick Helms.

Fok will be replaced as chief executive Hong Kong by Karen Lee who is currently the chief counsel for the east region of Liberty International’s global retail markets.

Lee started her career at Liberty in 2004 as the head of claims for Hong Kong and in 2012, became the chief counsel of Liberty Asia; in between she had a brief stint at Zurich Hong Kong as general counsel and head of compliance.

According to her LinkedIn profile Lee has also worked at Chubb and Swiss Re, and after obtaining her legal qualification, Lee joined Deacons to practice as a personal injury litigation lawyer.

Liberty Insurance (Hong Kong), which Liberty has fully owned since 2002, offers a range of travel, motor, health, life, SME and marine products; it is one of the top 10 medical insurers and top 20 P&C insurers in Hong Kong and is based in Quarry Bay on Hong Kong Island.

Boston-headquartered Liberty Mutual Insurance Group is the third largest international P&C insurer based in the US and employs 50,000 in 800 offices spread across 30 countries; it had consolidated revenue globally of US$39.4 billion in 2017.

InsuranceAsia News has reached out to Liberty for comment.