Steadfast’s profit guidance back on track 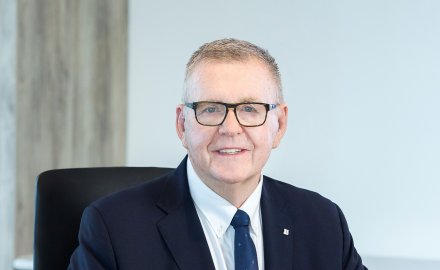 Steadfast Group’s latest trading update has said the group is set to hit its original forecasts despite the impact of Coivd-19 on Australia’s economy.

The broking giant, overseen by managing director Robert Kelly (pictured) said this week that earnings before interest, tax and amortisation (EBITA) for the 11 months to May remains in line with pre-virus expectations. Before the pandemic broke out, Steadfast forecast an EBITA of between A$215 million (US$148 million) to A$225 million (US$155 million) for the financial year ending at the end of June.

The guidance was discarded because of the pandemic disruption.

Last month the business saw rate increases from insurers and some small volume reductions in its broker network, but these were offset by expense-saving measures.

Steadfast will release its financial results for financial year 2019 / 2020 on August 26.

Steadfast had a strong first-half to the year, lifted in part by contributions from the integration of Insurance Brokers Network Australia (IBNA) and other acquisitions.

Kelly commented commented at the time: “We are very pleased with the strong growth in underlying revenue and underlying net profit before tax. The acquisitions made during the first-half, continued price increases by insurers, our loyal and growing network and a strong pipeline of opportunities gives us confidence in further increasing shareholder value over the long-term.”