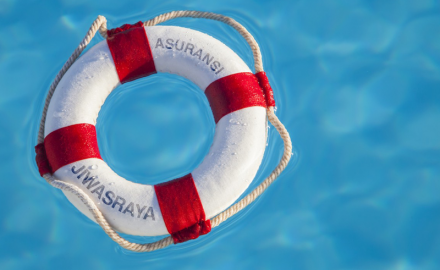 Scandal-hit Indonesian insurer Asuransi Jiwasraya is close to securing its future after submitting a rescue plan to the government.

The company, which recently revealed a US$2 billion shortfall in its accounts, has proposed the sale of a stake in subsidiary Jiwasraya Putra, in addition to receiving funds from a proposed government holding company. It has also lined up cooperation agreements with several state-owned companies to make the stake sale more attractive.

“One thing that we have started changing is our approach to supervision,” Riswinandi, FSA

Jiwasraya’s president director Hexana Tri Sasongko said on Wednesday (January 29) that four investors, both domestic and international, had expressed interest in Jiwasraya Putra, though the size of the stake up for sale has not yet been revealed.

The company is in desperate need of a fresh injection of capital after years of accumulated losses from the sale of a savings product with high guaranteed returns. It missed a payment of more than US$950 million under the JS Saving Plan in December and missed a US$58 million payment a year earlier.

The sale of the subsidiary is intended to help provide funds for repaying these customers. The finance ministry, which has reportedly approved the rescue plan, has estimated that the stake sale and government capital injection would total around US$365 million.

“The most important thing is customer protection and measures that can provide a solution for customers,” state-owned enterprises minister Erick Thohir told reporters.

Oversight
The scandal at Jiwasraya has weakened confidence in the regulatory oversight of Indonesia’s financial system, as myriad warning signs at the country’s oldest insurer were apparently ignored. Regulators have responded by promising better surveillance.

“One thing that we have started changing is our approach to supervision,” Riswinandi, commissioner for non-banking financial industry at the Financial Services Authority, told Bloomberg. “It is now based on risks, not on compliance.”

Former executives at Jiwasraya and some of the companies they invested in have been arrested for their role in the losses.

Fears about contagion to other sectors of the economy have been laid to rest, partly due to bigger fears about another type of contagion — the coronavirus outbreak that originated in China. Indonesia has reported eight suspected cases so far and there are widespread concerns about the spread of the virus from Chinese tourists and overseas workers fleeing from southern China and Hong Kong.

However, standing in the way of foreign inflows is the last thing Indonesia wants right now as it battles to prevent weakening growth.

Foreign ownership
President Joko Widodo’s first term in office was characterised by a nationalistic policy agenda, but there are signs that his second term will be more open. Earlier this month he reportedly rolled back some restrictions on foreign insurers, allowing them to increase their ownership and control.

In a presidential regulation signed on January 16, Jokowi decreed that insurers could be exempted from the 80% foreign ownership cap if they list on the stock exchange, according to the Jakarta Globe.

The exact meaning of this pronouncement is not yet entirely clear as it appears to be in line with the current regulation, which provides no maximum limit on foreign ownership for public companies. The only stipulation is that a minimum of 7.5% of the company must be traded on the stock exchange.

A bolder move would be to remove the foreign ownership limit for all insurance companies. This would be in line with calls for Indonesia to do more to attract foreign investment.

The US-China trade war (and now renewed fears about public health) have seen foreign investors diverting capital away from China since 2016 and into other parts of Asia, but the World Bank lamented in September that Indonesia has failed to benefit from this shift due to foreign equity limits and non-tariff barriers such as unpredictable and inconsistent rules.

Scandals in the domestic insurance industry and stinging criticism from the World Bank provide momentum for change, but it remains to be seen if Jokowi can deliver.