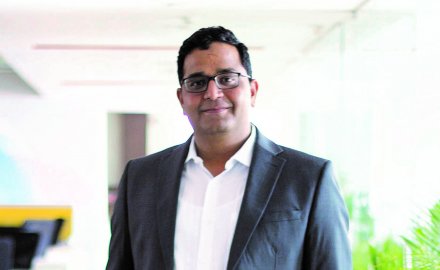 Another Australian insurer is heading for India’s exit door.

QBE has decided this week to sell its 49% stake in Mumbai-headquartered Raheja QBE to Indian payment giant Paytm. Only last year IAG agreed to sell its 26% stake of SBI General Insurance in India for US$432 million; the deal was agreed earlier this year.

Indian fintech giant Paytm is set to acquire 100% of Raheja QBE General Insurance (Raheja QBE) for, what is understood to be, a US$76 million (Rs5.7 billion) “all-cash deal.” Technically it has been bought by AI and health based-start up QorQI which is majority owned by Paytm’s founder Vijay Shekha Sharma, one of India’s youngest billionaires, while Paytm owns the rest.

51% of QBE Raheja was owned by building materials company Prism Johnson, part of the Raheja group, and 49% by QBE.

By placing the business under QorQI, an AI specialist, it appears Sharma would like to enhance Raheja QBE’s digital capabilities.

QBE had increased its stake in the firm from 26% to 49% for US$16 million in 2015 but then in a restructure in 2018 separated it away  from the Asia division by placing India into its Australia Pacific operations.

Missed opportunity?
In February, Pankaj Arora Raheja QBE’s managing director and chief executive, and previously a founding member of Liberty in India, explained a plan for the firm, which has over 40,000 customers, to move towards retail products.

He said: “For the past 10 years from the time we started in 2008/9, Raheja QBE has been focussed on insurance covers like liabilities, directors & officers’ policies and project liability covers. It is a niche market and we don’t find too many players. But now Raheja and QBE decided that this is the time to build the personal lines space like [motor] and health.”

“[This deal] marks both a continuation of QBE’s strategy to simplify our business and the beginning of a new and exciting chapter for our strong team at Raheja QBE.” Vivek Bhatia, QBE

However, a senior market source in India told InsuranceAsia News (IAN) that QBE had missed an opportunity to build a brand in the specialty / Lloyd’s space and that the India player had closer synergies to the UK’s business than Australia. Raheja QBE was the only Asian entity to have been placed in the Australia Pacific division – whereas the rest of Asia is overseen ultimately from London.

The source added that QBE hadn’t necessarily been helped by its joint venture partner and noted that the Indian market is “way different” to Australia – especially in size.

QBE itself has been raising money as it deals with the fallout from the worst bushfire season in the country’s history, in addition to the Covid-19 crisis.

Vivek Bhatia, QBE Australia Pacific’s chief executive, noted the Paytm deal “marks both a continuation of QBE’s strategy to simplify our business and the beginning of a new and exciting chapter for our strong team at Raheja QBE.” QBE will presumably now focus on its other Asian markets.

Next chapter
By placing the business under QorQI, an AI specialist, it appears Sharma (pictured) would like to enhance Raheja QBE’s digital capabilities.

QorQI describes itself as a “platform for connected health” and has a promise on its website to “build windmills of disruption”. It says it has “the vision to solve the toughest problems plaguing healthcare by applying advances in AI and big data.”

If some of its digital magic can be added to Raheja QBE – the insurer could start competing against some of the larger, further enhanced players in the P&C space; however underwriting profitability will be a challenge.

Amit Nayyar, president of Paytm, commented that Raheja QBE’s “strong management team will help us accelerate our journey of taking insurance to the large population of India with the aim to create a tech-driven, multi-channel general insurance company with innovative and affordable insurance products.”

Showing the market potential, it’s understood that, after first investing in 2018, Japan’s SoftBank Vision Fund may have picked up an additional stake in PolicyBazaar for US$130 million; if the deal is approved it will buy into parent company EtechAces Marketing and Consulting at a US$1.5 billion valuation, in exchange for a 15% stake.