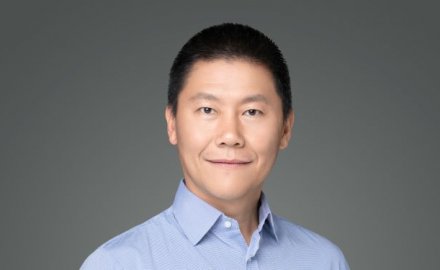 Starting this month, he has become industries specialty claims leader for the global broker and will still be based in Singapore.

Garrison started the role this week on July 1 and will continue to be based in Singapore before relocating to the US in the summer of 2021.

The role involves overseeing around 330 people across offices in Australia, Hong Kong, Malaysia and Singapore. Both appointments are subject to regulatory approvals. For more info see here.

BMS: Hong Kong-based Aon executive Sandra Lee has been appointed as specialist (re)insurance broker BMS’ head of Asia operations. Lee is based in Hong Kong and will join the broker when her current contractual obligations conclude.

In her new role at BMS, Lee will help develop the group’s global M&A broking business — working closely with the firm’s new and growing private equity, M&A and tax teams in London.

Ping An: Ping An has appointed Yao Bo as new co-chief executive, to serve alongside Xie Yonglin and Jessica Tan.

The decision was made during Ping An’s 15th meeting of the 11th board of directors, as founder Ma Mingzhe hands in his resignation as company chief executive. Ma will continue to serve as chairman of the board. For more info see here.

Since joining the firm in July 2019 as chief consultant, he has driven Rare Earth’s China operations in Beijing and Shanghai, providing advice and guidance to clients both in China and overseas.

“I look forward to the challenges ahead and working with Rare Earth’s dynamic leadership team as we build ever greater opportunity, transparency and immediacy in our industry,” said Wang Wei.

Sedgwick: Malaysian loss adjuster Maphilindo International will now operate under the Sedgwick brand. Aldrin Wong will serve as in-country chief executive for Sedgwick Malaysia and he will be assisted and supported by Soo Kwong Weng and Reuben Francis as deputy chief executives. Richard Lee will serve as the non-executive chairman.

Standard Life (Asia): Following the completion of its sale, the insurer has appointed Zhenyu Liu as chairman and Olivia Liu as chief executive – both senior executives with Heng An Standard Life (HSAL); Liu, a senior exec at HSAL, will be based in Hong Kong.

Suncorp: Gary Dransfield, chief executive insurance at Suncorp, is set to leave the firm on July 17 after over 10 years. Dransfield, who is also president of the Insurance Council of Australia, joined Suncorp in 2009 and has held several exec positions including head of Vero New Zealand and personal insurance. For more info see here.