Re market on alert as coronavirus spreads 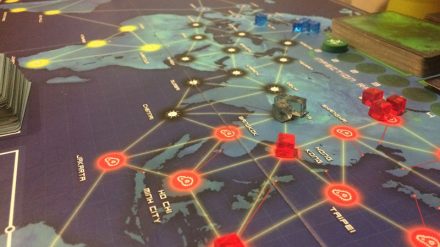 Chinese authorities quarantined the city of Wuhan on Thursday (January 23) to prevent the spread of a coronavirus that has killed at least 17 people in the area and infected hundreds.

Infections have been reported across Asia and as far away as the US, with the risk of a serious outbreak growing as the lunar new year holiday gets underway on Saturday (January 25) and millions of Chinese people crowd on to public transport to reunite with family in their home provinces.

“It is too early and disclosures too limited to estimate potential losses from a wider outbreak,” according to Morgan Stanley analyst Emanuele Musio, but the potential for a significant insured loss is clear.

Among the world’s biggest reinsurers, Munich Re may have the largest exposure to a Chinese pandemic. Its life-and-health division underwrote €2.3 billion (US$2.54 billion) of premiums in Asia in 2018 and, at the group level, sees the highest accumulation in pandemic risk, Musio wrote in a note to clients this week.

“With three billion trips taken over the Chinese New Year period, even a tiny infection rate of one in a million trips would escalate the number of infections by an order of magnitude.” Gordon Woo, RMS

Similarly, Scor, which underwrites life-and-health premiums of €1.2 billion (US$1.33 billion) in Asia, says in its solvency and financial condition report that a pandemic event that occurs once every 200 years would absorb 20% would represent the most severe scenario among all risk drivers. However, Scor’s main area of focus in China is critical illness.

Hannover Re underwrites €1.37 billion (US$1.51 billion) of life-and-health premiums in Asia. The group doesn’t provide details of its pandemic exposure, but says that pandemic is a significant portion of its solvency capital requirement.

Swiss Re said in its most recent financial condition report that it had grown its lethal pandemic exposure in Asia and that a 200-year event would realise losses of US$2.8 billion, which would have an impact of around 10% on its risk-bearing capital.

The big one?
The emergence of a new virus in a Chinese city of 11 million people just before the lunar new year holiday sounds like the opening of a disaster movie. For catastrophe modellers, it is precisely the kind of scenario they expect to kickstart the next big pandemic.

The post-World War I Spanish flu is typically used as a worst-case benchmark for models. It killed at least 40 million people, many of them young and otherwise healthy. The World Bank reckons that a similar outbreak today could cost as much as 5% of global economic output.

It remains to be seen if the Wuhan coronavirus will trouble reinsurers, which are mostly exposed to the mortality risk under life policies.

But it is also possible that a Spanish flu-like outbreak in a modern Chinese city could reset the benchmark, given that people today are vastly more mobile than a century ago.

“From Wuhan Airport, there are flights to over 100 destinations in 20 countries,” said RMS catastrophe risk specialist Gordon Woo in a blog post. “With three billion trips taken over the Chinese New Year period, even a tiny infection rate of one in a million trips would escalate the number of infections by an order of magnitude.”

The rapid spread of the virus outside China suggests that the Wuhan strain is being transmitted between people, according to Woo, and the official numbers suggest a fatality rate of more than 2.5%. This is potentially more worrying than the Middle East respiratory syndrome that appeared a few years ago, which had a very high fatality rate but was not highly infectious.

Transparency
It remains to be seen if the Wuhan coronavirus will trouble reinsurers, which are mostly exposed to the mortality risk under life policies. To be sure, the lack of transparency from Chinese authorities has not helped either to control the spread of the disease, identify where it came from or predict how serious it could be.

Neil Ferguson, an Imperial College London epidemiologist and RMS adviser, estimates the number of infections to be much higher than the official figure of around 600. In a paper published on Wednesday, he and several colleagues estimate that there were a total of 4,000 cases in Wuhan by January 18.

“It is likely that the outbreak of a novel coronavirus in Wuhan has caused substantially more cases of moderate or severe respiratory illness than have currently been detected and reported,” the paper says. “However, recent rapid increases in officially reported confirmed case numbers in China suggest that case detection and reporting has been substantially enhanced in recent days.”

Under-reporting of infections may also suggest a much lower fatality rate, assuming that reported deaths from the disease are less subject to mis-reporting.

That might be good news for reinsurers, but the city of Wuhan is nevertheless a ghost town at the moment, suggesting that there are significant uninsured losses being incurred — the city’s economic output in 2018 was roughly Rmb4 billion (US$577 million) a day.

Despite such large-scale disruption to businesses, pandemics are rarely insured. Of the four reinsurers detailed by Morgan Stanley, only Hannover Re mentions specific pandemic cover in its financial condition report — it offers index-based pandemic cover through insurance-linked securities.

The Wuhan outbreak might not be the big one, but it should serve as a reminder that better solutions are needed.