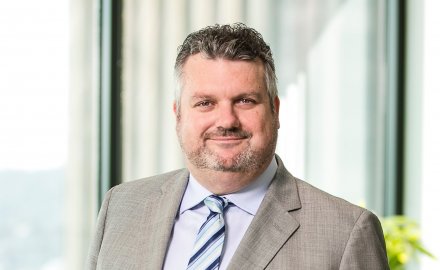 Gill (pictured) has been managing director of Pacific Life Re’s Australia business unit since January 2015 and serves as a member of the company’s global executive team.

Under his leadership, the Australian office has grown rapidly to become a leading reinsurer with premium revenue in excess of US$400 million.

He is a qualified actuary with almost 20 years of experience in Australia and a number of worldwide locations. He has worked in the life reinsurance market for over 15 years.

King, who has been managing director at Pacific Life Re since September 2013, helped the reinsurer expand its footprint in Asia with the opening of a branch office in South Korea and a representative office in China.

David Howell, global chief executive of Pacific Life Re, commented, “With Asia poised to become the next high-growth market, we are more committed than ever to further build on our high-calibre team so that we can continue to deliver outstanding levels of support to our clients in Asia.”

He added: “Given [Gill’s] successful track record in Australia and his vast and varied experience, we are confident that he has the right expertise and knowledge to lead the Asia team as they continue to grow rapidly.”

Pacific Life Re, which specialises in the longevity market, has offices in Boston, London, Seoul, Shanghai, Singapore, Sydney, Tokyo and Toronto.