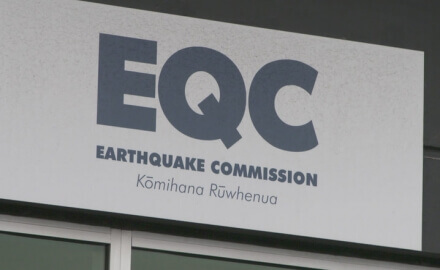 State entity the Earthquake Commission of New Zealand (EQC), has renewed its annual reinsurance programme to the tune of NZ$6.2 billion (US$3.98 billion).

EQC’s reinsurance programme is one of the largest in the world. In 2017, the initiative stood at NZ$4.83 billion (US$3.1 billion).

Sid Miller, chief executive of the EQC, said that the successful renewal shows international reinsurers’ “ongoing confidence” in New Zealand. The Commission worked with broker Aon Reinsurance for the placement; and emphasised the “strong relationship with [their] reinsurance brokers as key conduits to the market.”

Miller commented: “The placement of the reinsurance programme is always a significant milestone for EQC. [We are] very pleased that we have secured our full programme while managing the impact of the Covid-19 pandemic on our process and partners.”

The EQC told InsuranceAsia News (IAN) that they have a “panel of more than 70 highly-rated global reinsurers participating” in the programme.

The cover is country-wide and more than 90% of New Zealand homes are covered through their private insurance policy.

New Zealand is highly vulnerable to natural catastrophe risk – and this reinsurance programme covers the costs of damage from large-scale natural perils including earthquakes, volcanic eruptions, tsunamis and more.

The programme terms stipulate that the EQC must meet NZ$1.75 billion (US$1.12 billion) in claims before it can draw upon its reinsurance contracts.

And under the insurance provided by the Earthquake Commission Act of 1993, the EQC is required to obtain reinsurance — and it is their largest annual operating cost. In 2017/2018, the cost of reinsurance premiums at NZ$168 million (US$108.1 million) represented over 54% of EQC’s total revenue.

Reinsurance collections were triggered for the first time in the aftermath of the devastating 2010/2011 Canterbury earthquakes. An estimated 90% of reinsurance recoveries totalling NZ$4.02 billion (US$2.59 billion) had been received and paid out to Canterbury customers, with additional reinsurance expected to be recovered, says the EQC.

The Commission also has a Natural Disaster Fund which has grown to at least over NZ$6 billion (US$3.86 billion).

As for the future, the EQC told IAN that “the level of reinsurance [sought] is regularly reviewed. Over the past three to four years, [we have been] able to take up additional capacity that has been offered by the market. [We] continue to assess where these arise.”

The EQC added that the resilience and value of its risk finance programme is continually under review. The programme currently utilises a limited amount of alternative capital, “which is accessed via fronting arrangements managed by global reinsurers. Globally catastrophe bonds and other alternative capital products provide access to additional cover but at this stage we have not participated in these markets.”

InsuranceAsia News reached out to Aon but the broker declined to comment.