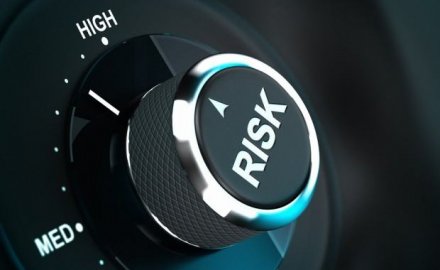 As global warming progresses to worrying heights, a new collaboration between Jupiter Intelligence and MS&AD’s InterRisk is aiming to predict upcoming climate change risks across the world.

In addition the partnership will help formulate strategy planning and information disclosure based on scientific analyses.

The partnership is understandable given MS&AD Group has been providing financial support for Jupiter through its corporate venture capital arm, MS&AD Ventures, since last year. InterRisk, which has business expertise in climate change impact assessment, says it is the first Japanese insurance and financial group to able to provide a global climate change impact assessment.

The idea is to use cutting edge technology and science to better predict global climate risks.

Together they are planning to start a service known as “Climate Change Impact Assessment Service for the Taskforce on Climate-related Financial Disclosures (TCFD)”.

Climate risk analytics
The idea is to use cutting edge technology and science to better predict global climate risks.

Jupiter has developed a climate risk analytics system for predicting risks such as floods and windstorms which are been worsened by climate change; it uses a 90 meters grid which maps the whole world.

MS&AD Group says it will promote to “identify and inform on risks” in the climate change area, one of the market’s most challenging global issues.

It is vital work coming at the right time – especially for those (re)insuring Asia-Pacific which sees one third of the world’s nat cats each year.

Using Jupiter’s technology, it can accurately simulate catastrophe indicators and financial impacts for different climate scenarios, time axes, and return periods based on data from the latitude and longitude of where businesses are located.

Based on these multiple outputs, firms can then consider their financial disclosure following the requirements of the TCFD’s guidelines.

This will involve the quantification of multi-hazards, for example: inundation depth and maximum wind speed for catastrophes such as flooding, storm surges, windstorms and heat waves. In addition, the financial impact caused by flooding and storm surge can also be estimated.

Frequent and intense extreme weather events have caused severe damage and costs across Asia-Pacific over the last three years; whether the summer bushfires in Australia or the heavy flooding currently occurring in China and Japan. As a result of further global warming, the physical risks of extreme weather events will only increase.

Any edge (re)insurers and asset managers can obtain to manage these risks could be significant to their future returns.

TCFD
The Task Force on Climate-related Financial Disclosures (TCFD) was established by the Financial Stability Board (FSB) and in 2017 released a report that recommends disclosure of climate risks in financial reporting.

TCFD brings together around 1000 companies and organisations – including many insurers and reinsurers –  across the world; the firms control hundreds of billions of dollars under management. US billionaire and former presidential candidate Mike Bloomberg, a keen advocate of environmental issues, is the chairman.

Since coming together to form the group many of the companies have been making efforts to assess and voluntarily disclose climate-related risk information in order to take a proactive approach to environmental risk management.

One of the key motivators is that shareholders and regulations are becoming far more wary of companies that pump out large amount of carbon emissions.

It will be interesting to see how MS&AD’s partnership unfolds but it is vital work coming at the right time – especially for those (re)insuring Asia-Pacific which sees one third of the world’s nat cats each year.