Manulife may add Aviva’s Vietnam business to its book 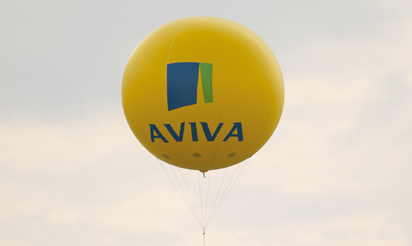 Canadian major Manulife has surfaced as the top bidder for Aviva’s Vietnam business, says a new report by Bloomberg.

The deal, while still under private negotiations, is understood to be worth several hundred million dollars. Discussions are still ongoing — and another lead bidder could emerge.

Under the deal terms, a bancassurance arrangement would be negotiated with Aviva’s domestic partner, the Vietnam Joint Stock Commercial Bank for Industry & Trade (VietinBank); whereby Manulife would be authorised to sell products through the state bank’s branches.

As the Canadian insurer looks to gain ground in South-East Asia, Britain’s Aviva has sought different options for its Asian portfolio.

Just in March, Aviva exited Indonesia and sold its entire shareholding in its joint venture (JV) Astra Aviva Life, as they simplify their businesses. For more on Aviva and Indonesia, see here.

And last November, Aviva sold their 40% stake in Hong Kong digital insurer Blue to Hillhouse Capital. Maurice Tulloch, Aviva chief executive, noted at the time the company would only keep their Singapore and China operations in Asia.

For the financial year 2019, the British insurer had a good year in Asia. Operating profit from life and health businesses increased 5% to £276 million (US$356.6 million) in FY 2019. But if their holdings in Friends Provident International (which is in run-off) and their stake in Blue (which was sold), be excluded, their recorded operating profit would show a 29% increase to £157 million (US$202.8 million).

Meanwhile, Canadian player Manulife has honed in on Asia, with the region playing a significant role in its portfolio. Around one-third of the firm’s core earnings from operating segments in 2019 were from Asia.

Their operating conditions in Q1 2020 however, were affected by Covid-19. Core earnings for the first quarter dropped to C$1 billion (US$733 million), down 34% from the same time last year.

Manulife told InsuranceAsia News (IAN) they do not comment on market speculation. IAN has also reached out to Aviva for comment.

Share Article
MORE FROM: Vietnam
Join the mailing list Receive our regular newsletter, a round-up of the latest news and insights direct to your inbox, and designed to help you stay ahead.
Print Edition