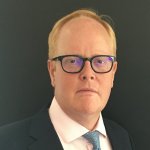 Simmering civil unrest in some of the world’s largest economies may well see its tipping point in 2020.

It’s no secret that Hong Kong has seen widespread physical and financial damage to property and business due to arson and vandalism with insurance claims reaching more than HK$600 million (US$77.2 million). Some businesses were targeted as a result of their public perception while many have been simply caught in the crossfire.

It’s clear that businesses should assess their existing insurance policy, but it can be challenging if they aren’t aware of what to look for.

Most large hotel operators and big companies are likely to have comprehensive coverage that includes cover for riots, strikes and other civil commotion (SRCC) but many of these existing policies also have specific language that potentially excludes loss or damage arising out of the current political unrest.

The clause in question describes an excluded event as “an act or series of acts, including the use of force or violence, of any person or group(s) of persons, whether acting alone or on behalf of or in connection with any organisation(s), committed for political, religious or ideological purposes including the intention to influence any government and/or to put the public in fear for such purposes”.

This is referred to as the terrorism exclusion clause but is clearly far broader in terms of scope.

Hong Kong’s surprising violence
One of the reasons that this potential issue has never surfaced before is because Hong Kong has never been considered prone to violent, politically-motivated civil unrest. Even the current crisis started off with a peaceful protest march so no one, let alone businesses, could have predicted the massive losses they are now seeing.

As claims begin to materialise, and are put to insurers for settlement, we are seeing some mixed responses in the market. There are insurers actively paying low-level claims without argument, almost as a gesture of goodwill, whereas others are point blank refusing to pay claims, relying on the policy language to refute their validity.

One thing is for certain: the quantum of any given loss will play a big part in any likely settlement. Insurers will face internal pressure to take a closer look at the bigger losses and potentially avoid paying claims by strictly applying policy language.

Renewals
As these property policies come up for renewal we are going to see insurers remove all ambiguity by outright excluding SRCC or at the very least sub-limit the exposure.

Alternatively we are seeing a lot of businesses turn to the stand-alone political violence insurance market for tailored solutions which are specifically designed to protect against such loss or damage.

These stand-alone policies cover not just the property damage element of the risk but also business interruption, not just financial loss arising from direct physical loss or damage but also as a result of contingent risks, such as denial of access or loss of attraction.

The financial impact of these widespread and on-going events has already caused a 20% downturn in Hong Kong sales over the end of year holiday period with some hotels reporting up to a 50% reduction in occupancy.

The SRCC caused by the widespread political unrest has quickly become the number one peril faced by businesses in Hong Kong, arguably more of a problem than more standard threats such as fire, flood and even typhoon.

Businesses find themselves under increasing pressure to find ways to mitigate this risk in order to satisfy corporate governance requirements and to offset shareholder and investor concerns. Boards, CFOs and risk managers need to work closely with brokers and insurers to find the right solutions.

This article was written by Julian Taylor, head of crisis management, Asia at Aon. Julian is based in Singapore.