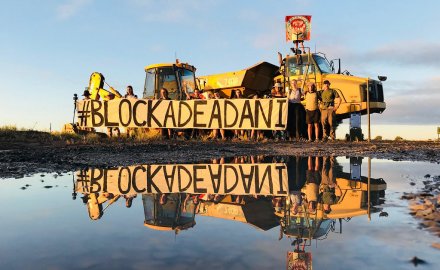 The contentious Adani Carmichael coal mine in Australia’s Queensland has received support from various (re)insurers and one broker, says a new report by the Sydney Morning Herald.

Meanwhile, Marsh has been involved since 2015, when Adani hired them to be the broker facilitating cover for the mine.

A spokesperson for Axa XL told InsuranceAsia News (IAN): “Axa XL do not currently have a live insurance policy for the Carmichael mine’s assets, neither directly nor through packages, and we do not intend to do so in the future.”

Liberty remains contractually obliged to a 24-month maintenance period for defects that may arise in the construction following the conclusion of the period of coverage.

Aspen Group told IAN: “We do not discuss individual insurance policies. We are currently reviewing our underwriting appetite around fossil fuel but cannot comment further at this time.”

“Aspen understands the importance of environmental, social and governance issues. We have taken a number of steps to reduce our carbon footprint as a business, including offsetting our emissions for 2019. [And] we recently joined the united Nations Global Compact (UNGC) initiative.”

As of June, 16 insurers have stated they will not provide cover for the mine — including Australian majors Allianz, Suncorp and QBE. Others on the list are Axis Capital, Hannover Re, and more; while some companies have caveats.

The number of market players exiting and pledging to retreat from coal cover has increased significantly in recent years, due to heightened public pressure and awareness of coal’s climate impacts.

The Carmichael coal mine run by Indian conglomerate Adani Group, has become a significant flashpoint in Australia.

In June 2019, the project was approved by the government — following two years of environmental assessments and the inauguration of prime minister Scott Morrison. But there has been fierce pushback from climate activists and scientists.

A recent paper published by Australian scientists in academic journal ‘Nature Sustainability,’ highlighted that the state chose to ignore findings that the mine could cause “irreversible ecological and cultural damage” to the Doongmabulla Springs.

To read more on (re)insurers’ retreating from coal, see here.

Share Article
MORE FROM: Environment
Join the mailing list Receive our regular newsletter, a round-up of the latest news and insights direct to your inbox, and designed to help you stay ahead.
Print Edition