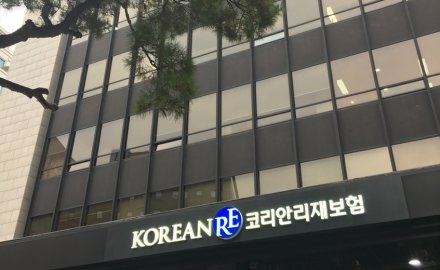 The new office in Shanghai will be Korean Re’s second representation in China, after the opening of its Beijing liaison office in 1997.

While the office in Beijing has carried out market research and support functions, the Shanghai branch will conduct underwriting and claims.

InsuranceAsia News understands the reinsurer has Rmb5 billion (US$726 million) of capital to deploy.

Korean Re’s chief executive Jong-Gyu Won explained: “[The] Shanghai branch will help us build a robust foundation for [a] stronger presence in this giant market of China.”

China is the world’s second-largest insurance market and the largest in Asia Pacific. In 2018, it generated US$570 billion in gross written premiums, up 3.92% year on year, accounting for 11.6% of the total global production.

Korean Re received final approval from Chinese authorities for the Shanghai branch on December 27.

“Going global” has been one of the key priorities for the business. It established a legal entity at Lloyd’s in the UK in 2015, a branch office in Labuan, Malaysia in 2017, a branch in Dubai in 2018 and a legal entity in Zurich in 2019.

Meanwhile, Korean Re is preparing to set up a liaison office in Bogota, Columbia to expand into Latin America and the Caribbean region this year.