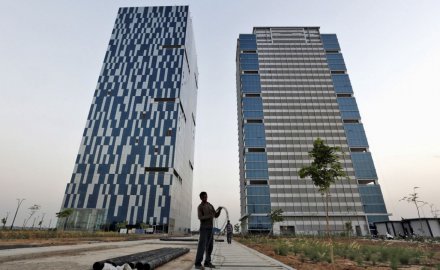 In a bid to promote the Gandhinagar International Financial Services Centre as an attractive destination for investment for global reinsurers, the government has changed the rules for setting up branches.

The notification of Finance (No. 2) Act 2019, will allow the reduction of the net owned funds (NOF) requirement for the opening of branches of foreign reinsurers in the International Financial Services Center to Rs10 billion (US$150 million) from Rs50 billion (US$750 million), according to the Hindu BusinessLine.

The significant reduction in NOF requirement with the amendment in the Insurance Act 1938 is expected to attract global re-insurance companies operating in financial centres like Singapore, Dubai, Hong Kong, Malaysia, London to establish branches in IFSC in India.

The amendment is expected to increase the number of foreign reinsurers and lead to the on-shoring of international insurance transactions, a senior finance ministry official said. State-owned reinsurer General Insurance Corporation of India in 2017 opened its IFSC Insurance Office (IIO) at IFSC Gandhinagar in Gujarat, the first and only IFSC so far.

Opening an office at IFSC would allow global players to cater to the needs of customers outside the jurisdiction of India;s economy as such centres deal with flows of finance, financial products and services across borders.

India’s finance minister Nirmala Sitharaman in her budget speech, announced the government’s intent to make India a hub for aircraft financing and leasing activities by leveraging business opportunities through such centres.