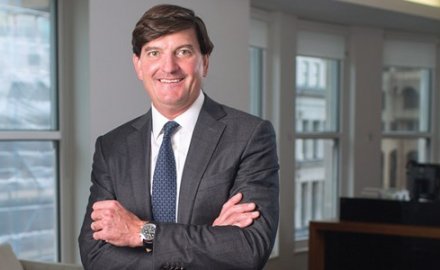 Hyperion Insurance Group is combining Howden and RKH under one management team from October 1.

Over the next 12 months, RKH will transition to the Howden Specialty and its reinsurance brands; Hyperion bought RKH in 2015.

David Howden (pictured), chief executive of Hyperion Insurance Group, commented: “In 25 years we have built a group of global scale with employee ownership at its heart. Hyperion has more than doubled in size since RKH became a part of the group. We have over 5,000 employees, operating out of more than 200 offices in 36 territories, managing circa US$7 billion gross written premium on behalf of clients.”

He added: “We have also launched our Howden One network which, when combined with our broking offices, now means over 15,000 people service clients in over 90 territories and manage around US$23 billion of premium.”

Gonzalez commented: “Combining our two businesses will create a global, cohesive and efficient platform. It will present, with clarity and simplicity, a real alternative and independent solution for clients, insurers and talent. It will deliver on our combined bench strength, providing the best team to our clients.”