How will the CIB adapt to the new regulatory era? 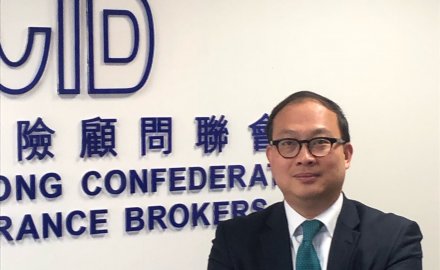 Patrick Chan, director and general manager at Nova Insurance, has been appointed as chairman of the Confederation of Insurance Brokers (CIB) for the next 12 months.

He is returning to the fold after a previous stint between May 2012 and November 2014, and replaces Bhawani Rath, founder and managing director of Premier Insurance Brokers. Rath had served in the role since November 2014.

Chan’s appointment comes at a time when the association is going through a difficult period as the Hong Kong Insurance Authority (IA) takes over the regulatory aspects of broking in the Special Administrative Region. The CIB has played an active role in helping the IA understand key issues within the broking community.

“We have always been the voice of the broker sector in Hong Kong and we want that to continue. We want the membership to stay with us.” Patrick Chan, CIB

Both the Professional Insurance Brokers’ Association (PIBA) and the CIB have been regulating the broker market for over the last two decades.

Playing a twin role of association and regulator has not been easy; however, the stability of the broking system has remained intact and, despite the odd license revocation and fine, scandals have been relatively few and far between.

Suddenly membership of these two broker organisations are not compulsory and they will need to adapt. The CIB has 327 members and will want to keep them; around 75% of the membership are SMEs with fewer than 10 people.

Chan told InsuranceAsia News: “We have always been the voice of the broker sector in Hong Kong and we want that to continue. We want the membership to stay with us.”

He added: “We are prioritising professionalism, regulation and communication. We need to listen to more of our members in the future.”

New initiatives
In line with efforts to boost Hong Kong’s insurance sector, the CIB has recently received funding from the government’s Financial Incentive Scheme to help with training initiatives; this will help the CIB team up with the Chartered Insurance Institute and the Australian and New Zealand Institute of Insurance and Finance to help provide CPD points, expert speakers and technical content.

The regular seminars are open to the whole market and come at a small fee.

Meanwhile, the CIB is working on a compliance manual for its members to help its members navigate the new IA regime – which has included a long Code of Practice for members. The idea is to keep it as simple as possible and to publish in the first quarter of 2020.

Chan also wants to help raise awareness of broking in the SAR and help make it become an attractive career choice.

He says: “We shall promote the role and value of insurance brokers in the community, in joint hands with other stakeholders.”

The importance of strong, independent broker associations are noted across the world. In part they can act as the first port of call for advice and secondly they can work as an effective lobbyist. The UK’s British Insurance Brokers’ Association is one such example.

“This is the beginning of a new beginning.” Jacky Chan, Liberty Insurance

As it streamlines its operations – including a change of office – and prepares new fees for its members in April, there is much work ahead to keep relevant for its members.

Meanwhile, it will be up its members how much they want to support the CIB; and maybe even one day a merger with PIBA could be on the cards.

The broker organisation will also need support from insurers. As Jacky Chan, head of distribution – P&C, Liberty Insurance (Hong Kong), told InsuranceAsia News recently: “This is the beginning of a new beginning, we are ready for the future together.”