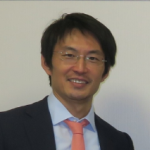 How Lloyd’s Asia can improve: a broker’s perspective

Lloyd’s of London is a fantastic brand, not just in the UK, but globally. How underwriters and brokers transact in the famous “underwriting room” remains one of the most unique business models in financial services.

Lloyd’s is the most iconic home-grown British financial institution with a strong heritage dating back to 1686. Unlike other financial industries such as investment banking, which is dominated by foreign entities, non-life (re)insurance is one of the last financial industries in which the UK holds a pre-eminent position.

Lloyd’s has built a reputation as the ultimate risk taker and can still achieve profits from practices that emerged over three centuries ago at the heart of the City of London. Historically, Lloyd’s can only write risks through Lloyd’s licensed firms (i.e. Lloyd’s broker) – this is controversial at the moment. It’s the healthy arguments and negotiations between underwriter and brokers that keep Lloyd’s a relatively profitable institution. This regular intellectual battle is fundamentally important for Lloyd’s overall success.

However, the level of this intellectual sparring has been reduced over the past decade. There has been less “bespoke” underwriting due to the mega-facilities by the larger brokers which involve portfolio, rather than individual risk, underwriting. Excessive leverage on trading volumes and forcing underwriters to give cover under “blind agreement” is unhealthy to the market. This practice is therefore strictly monitored – particularly with the recent heavy losses that have hit the Lloyd’s market.

Singapore created its own Lloyd’s market called Lloyd’s Asia back in 1999. When I arrived in Singapore in 2009, there were only a few syndicates but this number increased rapidly from 15 to 22.

At first, I was running around at Lloyd’s Asia as you do in London. However, most syndicates were demanding advance appointments as the culture of Singapore is only to agree to a meeting with a prior appointment. Nevertheless Lloyd’s Asia still exists – but there isn’t much uniqueness about it. Lloyd’s Asia is clearly not a trading floor and does not have the vibrancy of the Leadenhall Market traditions.

I wonder why Lloyd’s syndicates are all in the same building without visible synergies in Singapore? In my opinion, Lloyd’s syndicates in Singapore are working independently and are not functioning as a “market”. In fact, most brokers see a syndicate at Lloyd’s Asia as another insurance company. It is also not a truly subscription market, where a lead syndicate underwrites a risk led by other follower syndicates. In London, Lloyd’s operates more like a society and syndicates also proactively exchange views on risks and support each other.

Fundamentally, a clear issue is that most underwriters need to refer risks to London. This needs to be rectified should Lloyd’s Asia intend to operate as a standalone entity rather than a branch of Lloyd’s of London.

Underwriting authority needs to be in Singapore and there must be daily transactions between brokers and underwriters. Otherwise, Lloyd’s Asia will not be an attractive trading place. Leaders/heads of a syndicate should stay for a short period of time ideally having been seconded from a London-based headquarters and return after completion of the secondment. There is then an opportunity to bring this knowledge back to London and to the Lloyd’s of London marketplace as a whole.

Lloyd’s syndicates ought to spend time reviewing and analysing how they established a dominant position in the world in the first place, and what is the strategic advantage of replicating the model in Singapore where demands from fast growing Asian economies are serviced. If underwriters need to refer back to London too frequently, transactions slow down and the Lloyd’s market loses its attraction and appeal.

Syndicates should only establish a presence in Asia having studied all these factors. If one doesn’t give sufficient underwriting authority to the local practitioners, it will fail to attract quality business.

This article is written by Hiroki Miyamoto, chief executive of UIB Asia Reinsurance Brokers; he is based in Singapore.