How can models adapt to Japan’s typhoon risk? 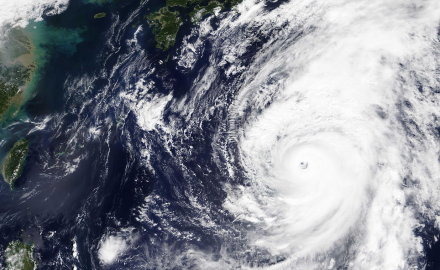 The year’s largest economic and insured losses were caused by Typhoon Hagibis and Typhoon Faxai, which hit Japan in quick succession. Hagibis’ loss estimates totaled US$17 billion with US$10 billion in insured losses, while Faxai’s losses came out to US$9 billion and US$7 billion insured losses, according to Munich Re data.

Despite the storms’ costly damages, Hagibis and Faxai did not come completely as a surprise. The recurrence of severe typhoons is to be expected, when long-term, historical typhoon data is analysed, says Vineet Kumar, Swiss Re Institute’s head of Asia catastrophe perils.

However, several years of severe storm activity in Japan and the region – including Typhoon Jebi in 2018, has meant a re-evaluation of typhoon risks for the market.

“Cyclones are becoming more frequently associated with extreme precipitation, as with 2019’s Hagibis,” explains Ernst Rauch, chief climate and geoscientist at Munich Re.

During Hagibis, 922.5mm of rain fell in less than 24 hours in Hakone, Kanagawar – a new precipitation record; 40% of the usual annual rainfall fell in some municipalities.

“Recent events [of] hurricanes, wildfires and floods, have brought increasing focus on how to understand, respond to and manage the impacts of climate change on businesses – catastrophe risk models are [the] tools to assist in this work.” Hemant Nagpal, RMS

Climate scientists understand that more rainfall is specifically linked to increased emissions in the atmosphere; as the air warms it can hold more moisture meaning there is more water vapour. The water doesn’t necessarily fall evenly; wetter areas often receive more rain and usually drier areas see less (for example Western Australia has seen a prolonged drought for many years).

“Recent events [of] hurricanes, wildfires and floods, have brought increasing focus on how to understand, respond to and manage the impacts of climate change on businesses – catastrophe risk models are [the] tools to assist in this work,” commented Hemant Nagpal, a director at modelling firm RMS.

Within the market there can be multiple models in play with different exposure assumptions, with some individual portfolio assumptions being too optimistic.

Clarence Wong, Swiss Re Institute’s Asia’s chief economist, agreed with Nagpal: “After 2019, we must take the opportunity to enhance the credibility of our models by updating hazard and vulnerability models, informing the way we capture our underlying portfolio and how we use our models.”

Recent typhoon data and catastrophe modelling has honed in on one aspect of typhoon risk – in terms of secondary-effect peril events such as flooding from storm surges.

“Recent typhoons are challenging these assumptions [that] Japan [has] invested adequately in inland flood defenses.” Clarence Wong, Swiss Re

Nagpal says: “The risk from typhoons is not confined to wind – with typhoon coastal flood a feature in both Jebi and Faxai, and typhoon inland flood a significant contributor to Hagibis’ losses.” Insured losses from Hagibis stemmed primarily from flood losses.

2019 global data from Munich Re shows that globally 69% of catastrophe events were hydrological ones – events of floods and mass water movement.

Wong told IAN: “Recent typhoons are challenging these assumptions [that] Japan [has] invested adequately in inland flood defenses. While flood protection measures successfully prevented major damage in the denser portions of Tokyo when Hagibis hit, at least 55 levee breaches and overflowing rivers showed that a substantial part of the local flood risk is only partially mitigated.”

Wong added: “The government has started to review the capacity of dams and embankments in view or larger-than-expected rainfall associated with major typhoons.”

Nagpal added that climate science and modelling is maturing, when it comes to secondary perils like coastal and inland flooding.

“The typhoon activity in 2018 and 2019, combined with the rich historic experience of typhoons from the past 100 years, constitutes a reality check for the industries’ cat model results,” commented Wong.

Without a doubt there is going to need to be greater market co-operation through more data sharing and sharing of experiences, and greater investment in climate science.