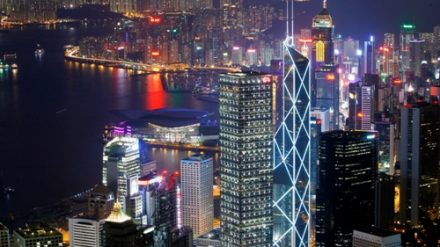 Singapore has made huge strides in recent years to establish itself as a regional insurance hub, sometimes at the expense of Hong Kong. But the Chinese territory is re-asserting itself in 2018, says Chris Kershaw, head of global markets at Hong Kong reinsurer Peak Re (pictured below).

“Hong Kong is actually starting to get its self-confidence back,” he says. “There’s a clearer understanding of its role in the region and the wider world.”

Indeed, two important regulatory developments this year are potential game changers for reinsurers operating in the city — “mutual equivalence recognition” with mainland reinsurers under the Chinese solvency regime, C-Ross, and a double taxation treaty with India. These measures will open a market of almost three billion people to reinsurers based in Hong Kong.

“That’s another step forward for Hong Kong towards being a significant super-regional hub for insurance,” says Kershaw.

Under the equivalence agreement with China, mainland insurers will qualify for reduced capital requirement when ceding business to a qualified Hong Kong reinsurer, just as they do when ceding to a domestic reinsurer.

Hong Kong’s regulator sees this development as a key to winning Belt and Road business, as well as strengthening the city’s position as a reinsurance hub in Asia — and Kershaw agrees.

At the same time, the double taxation treaty with India reverses the country’s previous classification of Hong Kong as a tax haven, which meant that reinsurers here were subject to a 40% withholding tax — enough to kill any potential deals. 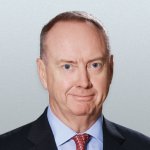 “Hong Kong has an opportunity to play a pivotal role for these two major trading nations,” says Kershaw. “The intellectual capital that sits here in Hong Kong can be put to work in both directions, understanding that the needs and the opportunities are very different. I think it’s quite an interesting long-term development for Hong Kong.”

Belt and Road, in particular, is a significant initiative for the industry in Hong Kong, not only in terms of the insurance premiums, but also the technical expertise that needs to be applied to some of the projects. It may even kickstart the city’s lacklustre captive industry, according to Kershaw.

“A lot of those companies that are going to be heavily involved in Belt and Road will be big enough to operate their own captive insurance company and Hong Kong would be an obvious hub for those,” he says.

Even so, none of this will happen overnight. Chinese government officials have been talking about Belt and Road since 2013, without much to show for it five years later. But the ability to make ultra-long-term plans is one of the few benefits of single-party rule. And in light of a growing trade war with the US, the initiative also highlights China’s growing role in the world — contrasted with a US retreat from its traditional international leadership under Donald Trump.

“I think Belt and Road stands a better chance of delivering better outcomes for the people it touches than isolationism,” says Kershaw. “I think [Belt and Road] is really indicative of how emerging powerful nations will fill vacuums left by the more traditional architects of the second half of the 20th century.”

That potentially puts Hong Kong at the centre of the global economy as Belt and Road extends China’s sphere of influence across Eurasia, South-East Asia, Africa and beyond. Insurance will clearly play a central role in building this infrastructure.

“Without insurance, the cost of financing all of these projects is massively increased because insurance enables these projects to take place in a much more efficient financial manner than would be the case otherwise,” says Kershaw.

While some may fear that Hong Kong has ceded ground to Singapore as a place for insurers to do business, Kershaw is confident that it retains its vitality, encouraged by a government that is supportive of the industry and aware of its importance for the city.

“Hong Kong has always been an attractive place to do business. It’s built on trade — active trading is what the city is good at,” he adds. “Fundamentally, Hong Kong’s great strength is its human resource and the way in which the human resource applies itself to the opportunity that sits in front of it. There’s a lot going for it.”