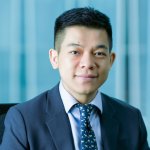 Asia Pacific faces a significant agriculture protection gap with only around 15% of economic losses across the region insured.

While the situation varies from country to country, there are a number of factors contributing to this low penetration rate. Agricultural insurance, as a specialty line, has a relatively short history in the region, having only started in a meaningful way in 2008. The infant nature of the product line, which has been around for more than 40 years in developed markets such as Europe and North America, partly explains the low take up ratio.

Another factor is the dollar coverage level offered in APAC, which in most countries is restricted to a percentage of production costs, typically between 50% and 70%, whereas in advanced markets, it covers a percentage of the market value of the insured crops.

There are issues that need to be overcome on the provider side too. As an ‘open roof’ business, agriculture is vulnerable to extreme weather, such as hail storms, drought and flooding. Unfortunately, many countries in APAC lack both historic weather data and agriculture yield data at a sufficiently granular level, making it challenging for providers to rate or start an agriculture insurance programme. Another factor is that farm sizes in APAC tend to be small, with an average size of under two hectares, compared with 200 hectares in the US and 400 hectares in Canada.

As a result, the workload associated with administering policies, from premium collection to loss adjustment, is multiplied 200 times. Having a field-by-field loss adjustment model in Asia is not only difficult, but, in most cases, it is not economically feasible.

Filling the gaps
The good news is that technology can act as an enabler to increase the availability of agriculture insurance in the region. While farm-by-farm underwriting may not be possible due to the lack of historic yield data, satellite images and data from weather stations can be used to create a production model covering a wider area, such as a town or village.

With the help of technology, this type of coverage can be put in place even if there is a lack of data. Artificial intelligence and machine learning can be used to analyse radar or satellite imagery from the past to fill in the holes of historic information, providing enough data to create an insurance programme. Going forward, this synthetic data can be replaced as better data is accumulated.

For countries that already have basic agriculture insurance in place, technology can be used to help the market to advance to the next stage with the provision of tailor-made products for individual large farms. For example, sensors can be attached to farm machinery, such as a combine harvester, to collect yield data. As a result, if a particular farmer has a more advanced operation than those in the surrounding area, their cover could be based on their own productivity, rather than the average productivity for their village or town.

Collecting data through farm machinery also creates scope for new products to be developed. Farmers typically purchase expensive machinery on an instalment basis, but if their farm is negatively impacted by a weather peril, such as hail or drought, it may impact their ability to make repayments. To offer protection against this scenario, farm equipment distributors could sell insurance products with their machinery that covers repayments if farms suffered a shortfall in production, based on the data collected by the machinery.

Enhancing service
Technology can also be used as a service enhancer. Enabling policies to be taken out through handheld devices and mobile phone apps can help to overcome the administration issues created by the small average farm sizes in the region.

Premiums can also be collected and claims paid through online banking. Once a policy is in place, insurers can use satellite and weather station data to monitor the situation on farms, effectively creating a diary of the growing crop, which can be shared with policyholders. Having this mutually agreed upon ‘diary’ can make claims settlements dispute-free, enhance service levels and reduce stress for policyholders.

While technology can be harnessed to help close the agriculture protection gap in APAC, it is important that policyholders are educated to understand fully the coverage they are being offered. For example, where individual coverage is not yet available, farmers must be made aware of basis risk, in case their farm is impacted by a weather event, such as hail, but surrounding farms are not. The cover is also expensive where government subsidies are not available, with premiums typically of between 5% to 10% of the sum insured.

Despite these limitations, technology still has the potential to be a game-changer in enabling the provision of agriculture insurance across APAC, overcoming the hurdles created by a lack of historic data and the operational difficulties encountered in the region.

This article is written by Yu Deng, head of agriculture reinsurance at Canopius. He is based in Singapore.