Greater Bay Area back in focus after HSBC deal 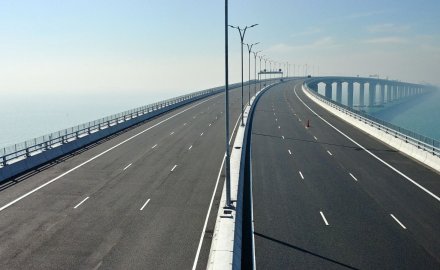 Some of the political discussions surrounding the Greater Bay Area (GBA) project have understandably been on hold since the Covid-19 crisis but the logic of creating the area is still compelling.

While the borders – road, air and train – have been physically closed for businesspeople, tourists and families there has been a steady stream of trade between China, Hong Kong and Macau despite the pandemic.

“This transaction supports our ambition to accelerate growth within our Asian franchise, particularly in the dynamic and fast-growing Greater Bay Area, where we fully intend to expand in all lines of businesses.” Noel Quinn, HSBC

The overall GBA has a population of over 70 million and an economy worth US$1.6 trillion – the equivalent to South Korea. The area comprises nine Chinese cities in Guangdong, Macau and Hong Kong. Each are now increasingly connected via road, rail and plane – in usual times at least.

HSBC expansion
HSBC is the latest firm to expand in the GBA by acquiring the 50% it didn’t already own of its Chinese JV for an undisclosed sum (the deal is still subject to final approval).

The JV was established in 2009 and has helped HSBC make inroads into the mainland in insurance. The bank now sees an opportunity to expand in China both through insurance and banking and January rule changes provided the perfect fillip with China’s regulator allowing foreign firms to purchase 100% of Chinese life players.

Noel Quinn, HSBC’s group chief executive, commented: “This transaction supports our ambition to accelerate growth within our Asian franchise, particularly in the dynamic and fast-growing Greater Bay Area, where we fully intend to expand in all lines of businesses.”

In addition to HSBC Life China has a presence in Dongguan, Foshan, Guangzhou, Shenzhen and Zhuhai; combined with Hong Kong – this makes up around half of the GBA’s cities. HSBC also sells general insurance in Macau.

Alongside Dongguan, Foshan, Guangzhou and Zhuhai, the other cities that help form the GBA in Guangdong are: Huizhou, Jiangmen, Zhaoqing and Zhongshan.

According to market statistics, total gross written premium in the 11 cities in the GBA amounted to US$116 billion which is equivalent to about 25% of the Mainland China’s total premiums. In a video interview with InsuranceAsia News Clarence Wong, Swiss Re’s chief economist for Asia Pacific, estimates the health insurance protection gap in Guangdong is US$50 billion – twice the size of Hong Kong.

Therefore, the insurance community has a huge potential in the GBA.

He added: “Our services industry is heading for the development of high-end and high value-added services, and making great efforts to develop IT industries as well as international legal and dispute resolution services.”

Regulatory obstacles
As the GBA develops there are a host of hurdles for insurance firms, regulators and governments to navigate.

Reconciling these three gaping differences for cars and taxis to travel across travel across the Hong Kong – Macau – Zhuhai bridge are some of the issues ahead. And then you need to consider driving licences, immigration controls – and in today’s environment – possibly temperature checks.

Hong Kong-based Kevin Martin, partner at Clyde & Co., told InsuranceAsia News: “For general insurance policies to work regionally, governments and insurers may want to take the highest standards (e.g. policy limits and wordings). The system operated by the Gulf Cooperation Council (which comprises of Bahrain, Kuwait, Oman, Qatar, Saudi Arabia and the United Arab Emirates) is one such example of an integrated approach.”

The challenge is equally daunting and exciting as the three areas grapple with differing currencies, laws, cultures, governments and languages.

Martin continued: “China wants to smooth business across GBA operations, which will require law changes to implement. For example, if a Chinese consumer buys a life policy in Hong Kong – they might change the law in China to allow the insurer to set up a service centre to help facilitate the administration of this policy on the mainland.”

He added: “However, the logistics of cross border data and payments transfers will need to be managed very carefully, given the current restrictions. Whereas the Stock Connect is instantaneous – insurance policies can be long term, meaning there is a lot more to think about when implementing a solution.”

Integrated future
With the likes of FWD awaiting approval for an insurance license in China – expect much more integration between businesses across China, Hong Kong and Macau. It will be a long road to travel but the rewards are potentially huge.