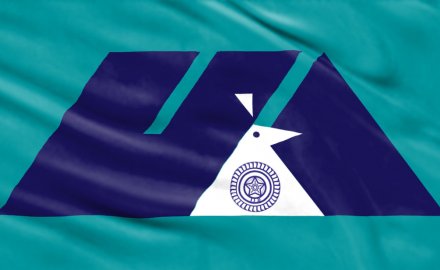 The merger of three public-sector insurers in India should be completed by the end of 2020, according to a report by EY.

National Insurance, United India Insurance and Oriental Insurance commissioned the consulting firm to draw up a plan for the much-delayed merger and to make recommendations for how the three companies should proceed.

The EY plan envisages that the deal would take 18 months starting from July, according to the Business Standard, which has seen the confidential report. As recently as February this year, the government was claiming that the merger would be completed during this fiscal year — which means before the end of March 2020 — but there were few signs of the deal advancing.

EY is also reported to have considered other possible options for reorganising the companies, including a takeover of New India Assurance, another public-sector property-casualty insurer that listed on the stock exchange in 2017.

“All the scenarios were studied by the consultant,” according to a government official. “The biggest problem in merging the three companies with New India Assurance was the listed status of the latter.”

The merger is expected to drive significant cost-savings as the companies’ 6,000 branches across the country are consolidated, but there will also be significant challenges as the three companies, which control roughly a quarter of the market, attempt to harmonise their IT platforms.

EY also identifies the different work cultures of the three companies as a potential challenge of the merger. In addition to advising on a new business model, the consultant is reportedly working on valuation of the assets and is expected to submit a road map for completing the merger soon.

Any signs of progress would be welcome as all three companies have lost market share since 2017 amid the uncertainty, which has been made worse by a hiring freeze imposed by the finance ministry since last year. Growth has slowed from 14% in 2017, which was already below the pace of the rest of the market, to just 2% in 2018.

Based on the 2018 numbers, the merged company would command the equivalent of roughly US$6.4 billion in premiums, making it almost twice the size of the next biggest P&C insurer, New India Assurance. By comparison, its biggest private sector competitor, ICICI Lombard General Insurance, wrote US$2 billion of business in 2018.

The creation of such of behemoth has faced criticism from some quarters, drawing complaints that its dominant market position will inevitably hurt competition, reduce the quality of its offering and create an entity that is too big to fail, despite running continuous operating losses.

The deal was originally touted in February 2018, when finance minister Arun Jaitley said the merged company would be ready for initial public offering before the general election, which concluded in May this year.

The new timetable appears to be slightly more realistic, but the deal still requires an amendment to a 1972 law that nationalised the insurance industry, amalgamating more than 100 companies into the three insurers targeted in the merger (plus New India Assurance).