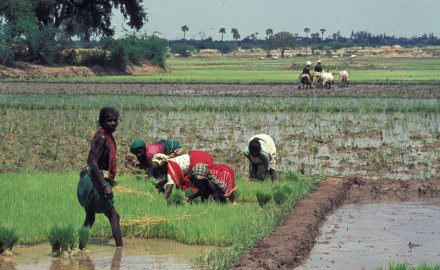 Another good monsoon year has helped to fuel insurers’ interest in India’s agricultural insurance market, but the good growing conditions might be responsible for falling uptake.

The sector grew rapidly after the launch of an initiative by the Indian government in 2016 to revamp its crop insurance scheme, known as Pradhan Mantri Fasal Bima Yojana, but three successive years of good monsoons have not helped to demonstrate the value of the product and enrolment has fallen this year.

Even so, insurers are extremely keen to devote capacity to the scheme — not least because it is fully government supported. Under the revamped model, farmers in India pay 2% of the coverage amount for the monsoon season, 1.5% for the winter season and 5% for the commercial sector, while the state and central government pays the remainder of the premium, with no cap on the amount of the subsidy.

In return, farmers get full coverage for crop loss due to the monsoon and any other non-preventable risks such as wildfire, lightning, storm, hail or landslide.

Insurers have flocked to the scheme, with the number of companies taking part increasing from 10 last year to 17 this year, and the government aims to further expand the scheme from 40% of India’s crop area this year to 50% for next year. As a result, India is now the third-largest agriculture insurance market worldwide, according to Swiss Re. Premiums from Indian crop insurance account for 13% of global agriculture premiums.

Part of the goal of the scheme is to help reduce India’s protection gap. Agriculture is a major economic sector in India that contributes 18% of its economic output and employs 47% of its workforce. However, only around 44% of farmers are currently covered under various agriculture insurance schemes launched in India.

Of course, another element at play is the huge political significance of rural communities in India. Being seen to be helping them is a vote-winning strategy, but for it to work the farmers and related sectors and communities need to see the scheme as effective.

That is a work in progress. The scheme continues to evolve and insurers are also still learning the realities on the ground. One of the biggest risks for companies — which is also one of its biggest attractions — is the subsidy being paid by the government and the states. Some insurers have reportedly devoted as much as a third of their capacity to the sector, placing significant reliance on India’s state governments, which are notorious for late or even non-payment. However, this is also a risk that many Indian insurers are familiar and comfortable with.

An official of the Ministry of Agriculture & Farmers’ Welfare said at a recent conference that the government is drafting a new set of guidelines for the crop insurance scheme to create further efficiencies and, ultimately, encourage broader uptake.

As the scheme matures and benefits become more evident to farmers in the wake of poor monsoon seasons, the scale of the opportunity for insurers will likely justify the enthusiasm they are showing for it. There will doubtless be bumps along the way, but the seeds have been sown.