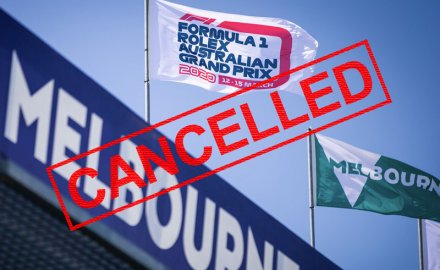 It’s increasingly likely that the Olympic games in Tokyo will fall victim to the coronavirus, in what would almost certainly be the biggest event contingency loss ever.

Many other high-profile events have already been scrapped, including Formula One’s opening grand prix in Melbourne this Sunday, all sport in Italy, NBA basketball in the US, top-flight football in Spain, Portugal and the Netherlands, and tennis’s pro tour. European football’s governing body is also considering postponing Euro 2020, which is due to take place across 12 countries during June and July.

This is in addition to the cancellation of countless smaller events, conferences and trade fairs around Asia and, increasingly, the world. The economic losses will run into the tens or perhaps even hundreds of billions, with the potential cancellation of the Olympics alone estimated to cost the Japanese economy 0.8 percentage points of GDP, according to Nomura — and that is before calculating the cost to overseas broadcasters and their advertisers, not to mention Japan’s estimated US$13 billion investment in infrastructure.

The International Olympic Committee usually has a policy cover for around US$800 million – however given the preparation it is more likely to be postponed than cancelled.

The bad news for most businesses affected by such cancellations is that insurers are unlikely to shoulder the losses. Event contingency insurance reimburses irrecoverable costs and expenses incurred, or loss of profit as a result of the unforeseeable abandonment, postponement, interruption or cancellation of an event — but standard wording doesn’t cover pandemics.

“Such policies generally exclude coverage for an outbreak of communicable disease which leads to an event being disrupted,” says Damian Kerin, head of entertainment for Asia at Allianz Global Corporate & Specialty.

Even policies that include wording for disease outbreaks are only triggered under specific circumstances.

“Where coverage is afforded, it is predominantly restricted to the necessary cancellation of an event by order of a government authority or venue closure,” says Kerin.

Pandemic
However, the likelihood of such government-mandated cancellations is greater now that the WHO has officially declared the outbreak a pandemic, with more governments are likely to follow Italy’s lead in ordering broad postponement of large events.

“Where coverage is afforded, it is predominantly restricted to the necessary cancellation of an event by order of a government authority or venue closure.” Damian Kerin, AGCS

But the reality is that most insureds do not buy communicable disease cover and by the time the risk from this new coronavirus became apparent it was generally too late to add it.

“All new event contingency business will contain specific exclusions of cover for coronavirus with immediate effect, as long as the hazardous situation continues and no vaccination is available,” says Kerin.

There isn’t a uniform approach from insurers as to when Covid-19 became a known circumstance, according to a briefing from law firm Clyde & Co, but somewhere between January 20-25 is the likely range.

Disputes
Lawyers will doubtless be arguing over pandemic-related claims for years, though in Hong Kong the Sars outbreak in 2003 provided some important insurance precedents.

For example, the New World Harbourview Hotel took Ace Insurance (now part of Chubb) to court over the meaning of “notifiable disease”, leading to a ruling that the hotel’s policy did not cover losses that occurred before the date the Sars virus was officially recognised by the government under its quarantine and prevention of disease ordinance.

While events that are cancelled due to government mandate should be covered if communicable diseases are included in the policy, voluntary shutdowns such as the Melbourne grand prix will likely give rise to more disputes.

“Most of the transmission tends to takes place with friends and colleagues in close environments, not in the big environments.” Patrick Vallance, the UK’s chief scientific adviser

Organisers are certainly in a difficult position. Increasingly, they are likely to come under intense pressure to cancel large events, especially when cases are suspected among staff or participants, but many governments are still not backing such decisions.

In the UK, chief scientific adviser Patrick Vallance said on Thursday that cancelling sporting events was not an effective way to counter the spread of the virus.

“Of course there is a risk,” he said. “But on average one person infects two or three others. You therefore have a very low probability of infecting a large number of people in a stadium, or a rather higher probability of infecting people very close to you, and that means most of the transmission tends to takes place with friends and colleagues in close environments, not in the big environments.”

However, political leaders may find it difficult to resist the pressure to act given the potential consequences of getting it wrong. German chancellor Angela Merkel has warned that up to 70% of the country’s population could end up infected by the virus.

With the stakes so high, much of the events calendar for 2020 could be a write-off — and an uninsured one at that.