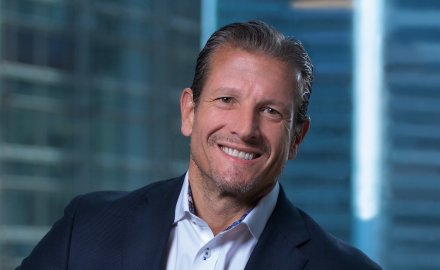 While many businesses were at a standstill in the first quarter of this year, it was a different story for bolttech.

The digital brokerage and insurer launched in January, now with businesses in nine Asia Pacific markets. And in April, the firm announced that FWD executive Rob Schimek had been named to bolttech’s top spot as group chief executive.

The digital player is already operating in 12 markets across Asia, North America and Europe, with 1,400 staff and serving 7.7 million customers.

Just last week, bolttech announced its move into Austria via its device protection line of business — underlining its commitment to expansion — in Asia Pacific and across the world.

With this rapid-fire expansion, bolttech has drawn comparisons to its sister company. What are bolttech’s ambitions ahead — and will they follow in the footsteps of FWD?

Similarities and synergies
Both bolttech and FWD, who are both under the umbrella of Pacific Century Group, have positioned themselves as digital-first players.

And the market has also noticed FWD and its rapid-fire Asian expansion spree. It recently completed its US$300 million acquisition of Commonwealth Life in Indonesia. Notable deals include its whopping US$3 billion deal for Thailand’s SCB Life – propelling FWD into Thailand’s top five insurers – and acquisitions of MetLife Hong Kong and Vietcombank-Cardif Life Insurance.

Asian expansion, global ambitions
And bolttech looks to be on a similar course of expedited expansion.

“In Asia, we are exploring new partnerships that will allow us to launch our device protection offerings in Singapore and Thailand in the coming months.” Rob Schimek, bolttech

“We are on a steep growth trajectory throughout Asia, and the world,” emphasised Schimek. “Asia is an important region for us as part of our global ambitions.”

Its US subsidiary, Bolt Solutions, recently announced US$2.9 billion of premiums in 2019. Bolttech says they are the world’s largest digital insurance brokerage.

The next opportunities are not designated to any specific market target, said Schimek. He explained: “We operate with a start-up mentality. We are set up to move nimbly where we see opportunities arising.”

The foundation of their strategy is to build a partner-focused model for greater customer choice and accessibility spanning insurance, banking, telecoms and e-commerce; and utilise a data-led approach.

“In Asia, we are exploring new partnerships that will allow us to launch our device protection offerings in Singapore and Thailand in the coming months. It’s all about the right partnerships to unlock new value for customers. And as there is no one-size-fits-all model, our technology platform is built to enable providers to activate the [right] solutions,” said Schimek.

All-digital and full steam ahead
Moving forward, bolttech remains optimistic and will double down on their digital-first strategy.

Schimek notes: “In a time when digital is becoming even more important, we see an unprecedented opportunity to accelerate transformation in the way insurance is bought and sold – as customers will increasingly demand more digitised, better protection and insurance experiences.”

While the current economic environment means prudent management, particularly on the expense side, the business is growing “faster than ever.” And because of this, bolttech remains “optimistic for the rest of 2020 and beyond.”