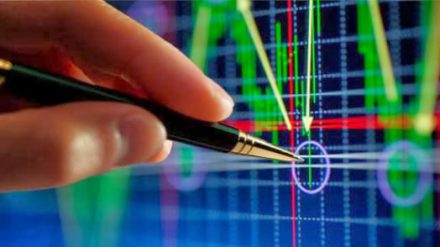 The outlook for many Asian insurers is deteriorating as asset values shrink and first-quarter results show weakening sales.

Mitsui Sumitomo Insurance (MSI) and Sompo Japan became the latest companies to be affected on Monday after Fitch downgraded their outlooks to negative, citing increased pressure from volatile stock markets, persistently low interest rates and the risk of lower earnings as a result of the coronavirus pandemic.

Both life and non-life insurers in Japan are reducing their exposure to domestic equities, which have declined roughly 15% since the start of the year, but holdings still remain high. At the end of March, 28% of MSI’s assets were invested in local stocks, while Sompo held 10%. Even so, there are few safe havens to shift into.

Fitch has revised rating outlooks to negative for the life sectors in the US, Europe, the Middle East, Africa and Asia Pacific, and the rating agency is reviewing all the insurers it rates in light of the risks and uncertainties related to the global coronavirus pandemic.

The assumptions Fitch is using for its rating reviews include a 35% decline in stock market indices since the new year, high-yield bond default rates above 13%, notable declines in government rates, alternative investment and loan impairment of 7.8% and a fall in the value of investment properties by 7.8%. Its stress case assumes a deterioration that is roughly double these levels.

“Taiwanese insurers’ products are dominated by traditional life and annuity products that carry high survival benefits, including guaranteed yields as high as 4% in some legacy policies.” Kelvin Kwok, Moody’s

Challenging investment conditions are also reflected in widespread downgrades and negative revisions for Asian corporates, especially in the homebuilding sector, as well as oil and gas, and carmakers. In April, Chinese shopping mall operator Red Star Macalline became the region’s first fallen angel as it was downgraded from investment grade to junk.

Reinsurers are not spared from the pressure, with Fitch forecasting a 2020 combined ratio of 103.5% for the sector, up from 101.1% in 2019, with non-life reinsurers expected to suffer a fourth consecutive year of underwriting losses.

At-risk
In Asia’s primary sector, Taiwanese life insurers are particularly exposed to the effects of Covid-19, despite the country’s effective public health response to the pandemic, thanks to long-standing problems stemming from their weak product mix and risky investment portfolios.

“Taiwanese insurers’ products are dominated by traditional life and annuity products that carry high survival benefits, including guaranteed yields as high as 4% in some legacy policies,” says Kelvin Kwok, a Moody’s analyst. “This means that insurers rely heavily on spread gains, which exposes earnings to capital market volatility.”

Asset values in Taiwan have held up relatively well — the benchmark stock index is down just 8% since the start of the year — but Taiwanese insurers have extremely high overseas exposures, with foreign investments representing close to 70% of the industry’s invested assets at the end of 2019, according to Moody’s.

Moody’s forecasts that new business sales in China will recover in the second half of the year as the coronavirus outbreak has been mostly contained and business activities are gradually resuming.

However, insurers should be able to sustain sufficient capital even in Taiwan. The fall in share prices has weakened capitalisation for insurers around the world, but is somewhat offset by valuation gains from lower bond yields and, moreover, slowing sales as a result of the pandemic should mean that insurers’ capital will be under less stress.

Ping An Life, for example, reported significantly weaker investment income in its first-quarter results and a 24% fall in the value of new business, driven by a strategic focus on selling long-term protection products through traditional offline agents. It also saw an effect from a shift to online products that carry lower margins.

Nevertheless, Moody’s forecasts that new business sales in China will recover in the second half of the year as the coronavirus outbreak has been mostly contained and business activities are gradually resuming.

It is a similar story across the region. Hong Kong’s Soho district was thronged on Friday night as the city re-opened its bars, marking a significant step in the return to life as normal (while also raising a few eyebrows).

The latter half of 2020 should see much better underwriting results for insurers across the region, but the investment outlook will continue to weigh on profits.