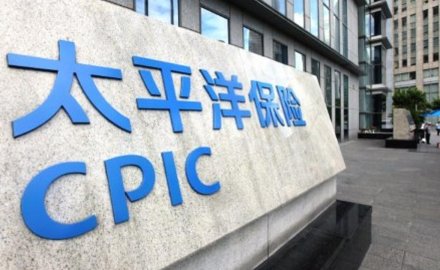 China Pacific Insurance (CPIC) raised US$1.8 billion in London on June 17 providing it with a war chest to potentially pursue international acquisitions.

The deal priced at US$17.60 a share, or a 10% discount to CPIC’s shares in Shanghai, which meant that Swiss Re’s cornerstone investment in 28% of the offering cost it US$508 million. That translates to a 1.51% stake in the overall company and involves 28.9 million global depository receipts (GDRs).

And CPIC could end up with a total of US$1.99 billion if investors take up the full over-allotment of GDRs.

“The listing will support our expansion into new markets and facilitate the company in introducing high-quality investors around the world, enriching the composition of shareholders, solidifying the capital base and further bolstering our global presence,” said Kong Qingwei, CPIC chairman and executive director.

Each of CPIC’s global GDRs can be converted into five of the company’s Shanghai shares. It is only the second company to issue GDRs through the Shanghai-London Stock Connect scheme and it becomes the first Chinese insurer to be listed in Hong Kong, London and Shanghai at the same time.

Raising cash in London gives CPIC the ability to buy companies overseas without the constraints of China’s tough controls on outbound capital flows, which were imposed in late 2016 partly in response to the “irrational” acquisitions of rival insurer Anbang.

“This offering conforms to the further opening up of the insurance sector in China.” Kong Qingwei, CPIC

Even for companies pursuing compelling strategic acquisitions, the capital rules have added delays and uncertainty that can put Chinese buyers at a competitive disadvantage, with the result that Chinese outbound M&A has largely collapsed since the record high levels seen in 2016.

However, getting the London offering done has come with its own challenges. CPIC has been planning its London listing since last year, but Chinese officials had reportedly closed the Shanghai-London Stock Connect scheme after the British government criticised China’s actions in Hong Kong.

Those tensions have not eased — the UK recently offered citizenship, with caveats, to 300,000 Hongkongers holding British National (Overseas) passports and has accused China of breaching “one country, two systems” with its proposed national security legislation.

But officials at the China Banking and Insurance Regulatory Commission put these disagreements to one side and approved CPIC’s deal on May 8.

“This offering conforms to the further opening up of the insurance sector in China,” according to Kong.

Buyer’s market
The decision appears to have come at a good time. With global markets experiencing some of the most volatile conditions for years in the wake of the Covid-19 pandemic, this should be a good moment for CPIC to go in search of acquisition opportunities in Europe or the US.

The company is a significant player in China’s domestic insurance market, with a claimed 7.7% share of the life and health premiums in 2018 and a 10% share of P&C business, making it the third-biggest insurer in the country behind Ping An and China Life.

Some market participants are hoping the deal is the first of many. “CPIC’s London GDR listing will help strengthen the trading links between the two countries and help attract more Chinese companies to consider London as a venue for global capital raising,” said Tim Wang, a partner at Clifford Chance in Beijing.

While a pile of dollars sitting in London will help CPIC to move faster on M&A opportunities, Chinese buyers still face plenty of challenges in the post-Covid environment.

Under Donald Trump’s presidency the US has become increasingly sceptical of Chinese investment for most of the past four years, but more recently a host of other world leaders have joined Trump in criticising China’s handling of the coronavirus outbreak — as well as questioning its actions in Hong Kong.

As a former state-owned company that retains a large government ownership stake of around 45%, avoiding political scrutiny will be crucial for CPIC as it looks for targets to buy.

The company is a significant player in China’s domestic insurance market, with a claimed 7.7% share of the life and health premiums in 2018 and a 10% share of P&C business, making it the third-biggest insurer in the country behind Ping An and China Life.

However, its only operation outside of mainland China is in Hong Kong, so any potential acquisitions in Europe or the US will involve a steep learning curve.

Swiss Re hasn’t made any official statement on its investment in CPIC and didn’t respond to a request for comment. The two companies are known to have a relatively close relationship, with Swiss Re named as a reinsurance partner in CPIC’s annual reports since at least 2013.

As CPIC looks to expand internationally, such relationships will help it to be taken seriously, both by acquisition targets and by local regulators.