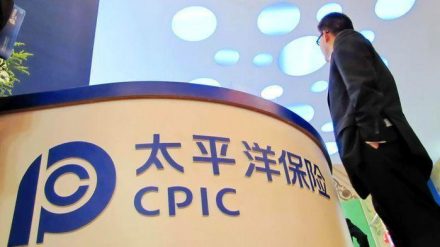 China Pacific Insurance Group (CPIC) forecasts earnings from their global depository receipts (GDR) listing on the London Stock Exchange (LSE) to be between US$1.9 billion and US$2.15 billion, says a Reuters report.

Last September, Founder Securities estimated the sale would fetch up to Rmb20 billion (US$2.82 billion).

The price range of each GDR under issuance will be between US$17.60 and US$19.

This announcement follows CPIC’s final confirmation on June 10 that they intend to proceed with their offering of up to 113.2 million GDRs, with each GDR representing 5 A shares.

Over the last year, there was significant speculation as to whether the proposed plan by Shanghai-headquartered CPIC would go through.

While the news of CPIC’s listing on the LSE was announced last September, there were multiple reports by major outlets in early 2020 noting that the Chinese government had halted the Stock Connect programme.

The China Securities Regulatory Commission (CSRC) reaffirmed that the programme was still operating normally since its establishment in June 2019.

Chang Depeng, a CSRC spokesperson, said: “The Shanghai-London Stock Connect is an important initiative in China’s financial opening. It is instrumental in expanding cross-border investing and funding channels bilaterally.”

CPIC is already listed in Shanghai and Hong Kong.

When the listing does go through, CPIC will become the second mainland Chinese enterprise to complete a GDR listing through the Shanghai-London Stock Connect.

Huatai Securities remains the first (and only) firm to complete a London GDR listing. They raised US$1.5 billion through the listing last June.

As China seeks a quick Covid-19 rebound, they are pushing domestic firms to list via the Stock Connect, says multiple reports.

Furthermore, with China’s Luckin Coffee recently embroiled in a major fraud scandal and asked to delist from Nasdaq, China could refocus efforts on improved UK ties — and the Shanghai-London Stock Connect may stand to benefit.