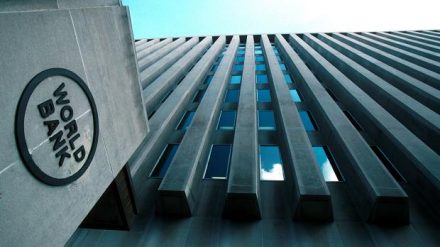 The coronavirus outbreak is now almost certainly serious enough to trigger a payout of the World Bank’s US$320 million pandemic bonds.

Investors are already bracing for the worst, but the upcoming payout may help to prove the merits of parametric structures for providing financing during critical outbreaks, epidemics and pandemic threats — as opposed to conventional insurance products that may pay out too late to slow the spread of an outbreak.

“The World Bank bond could potentially be triggered by Covid-19 [coronavirus disease 2019],” says Simon McConnell, a partner at Clyde & Co. “Data provided by the WHO on the spread of infection is used as the primary reporting source for the bond and, based on recent figures, Covid-19 could be deemed as a potential ‘event’ under the terms of the bond.”

With the outbreak well on the way to becoming a full pandemic, it remains to be seen if the funding will kick in soon enough to make a difference.

Any insurance payout from the bonds will provide funding for the World Bank’s pandemic emergency financing (PEF) facility, which comprises a cash window in addition to the insurance window. The organisation says the two windows were specifically designed to complement each other, with the cash window providing immediate funding and the bond kicking in later.

However, with the outbreak well on the way to becoming a full pandemic, it remains to be seen if the funding will kick in soon enough to make a difference.

“The specific trigger conditions for the PEF were chosen in close coordination with the WHO, based on historical data available for the different diseases covered,” said a spokesperson for the World Bank. “At the start of an event there can initially be difficulties with tracking, and there is a recognition that events may start before official notification from WHO.”

Triggered?
The catastrophe-linked capital-at-risk notes were issued in two tranches in 2017 and are due to mature on July 15 this year. Swiss Re was the bookrunner, while Munich Re and GC Securities were co-managers.

Assuming the eligible conditions are met, the Class A notes will pay a maximum of 16.67% or US$37.5 million to the World Bank facility, while the Class B notes could pay the full US$95 million.

The threshold for these payments is fast approaching. As of February 27, confirmed deaths reported by the World Health Organisation (WHO) reached 2,718 in China, meaning that the outbreak has already exceeded the most severe level of cumulative confirmed deaths needed to trigger the Class A notes.

A regional outbreak must be declared to trigger the Class B notes, meaning a country outside of China would need to report 20 or more deaths — and Italy, Iran and South Korea are each reporting more than 10 deaths already. A total of 37 countries have now reported cases.

One important criterion is that a 12-week period needs to have passed from the start of a non-flu outbreak before the pandemic catastrophe bonds can pay out. Under the definition used in the prospectus, the start is determined from the first WHO report, which in this case puts the initial date at December 31 last year, meaning the bonds will pay out on March 24.

Dedicated cat bond investors bought most of the Class A notes in the original 2017 offering, while pension funds were the biggest buyers of the riskier Class B notes.

The precise conditions needed to trigger the bonds includes a positive growth rate of the virus and several other variables, which will depend on the situation at the end of March, but it is very likely that all these conditions will be met if the outbreak continues to spread around the world.

AIR, the calculation agent for the bonds, said that it could not comment on whether the threshold for an event has been met.

Investors typically hold these types of bonds until maturity, meaning that there are very few trades and it is therefore difficult to price them, but some market participants told Bloomberg this week that the Class B bonds were changing hands for as little 60 cents on the dollar.

Dedicated cat bond investors bought most of the Class A notes in the original 2017 offering, while pension funds were the biggest buyers of the riskier Class B notes.

The original deal also included US$105 million structured as a swap transaction, though the details of this tranche are not public.

Test case
The World Bank says that the premium it pays on the US$425 million of cover it achieved through the sale of the bonds and the swap is 8.5% a year or US$36.1 million, which it describes as 2.1 cents for every person covered under the facility.

Such structures could become more common as insurance markets in Asia embrace the capital markets as a vehicle for transferring and mitigating risk.

“Hong Kong-issued pandemic catastrophe bonds could provide additional reinsurance capacity to mainland China to help manage future risks for pandemics,” says McConnell. “Increasing the market for insurance-linked securities has been identified as a priority by the Hong Kong government and the Insurance Authority is also considering a new regulatory regime to facilitate the issuance of insurance-linked securities.”

Lloyd’s is also seeking to play a bigger role in the insurance-linked securities market, with plans to launch a pilot non-catastrophe deal in the second half of the year.

However, it remains to be seen if investors will be so keen to buy pandemic risk if the World Bank bonds experience a 40% reduction in principal. The current outbreak has shown that few countries have good systems in place to cope with an outbreak on this scale and that China probably poses a bigger risk than the models predicted.