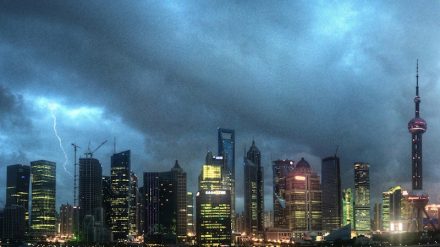 In the more than 20 years that catastrophe bonds have been around they have mostly been used to cover peak risks in Florida, but there is growing interest in adding Asia risk to the mix.

As more money flows into the alternative capital market, it makes sense that investors want a broader spread of risk. Indeed, a recent survey on insurance-linked securities (ILS) by Willis Towers Watson showed that portfolio diversification benefits drive investment decisions far more than returns, with three-quarters of survey respondents citing diversification as being important. The ability to reduce costs was cited by only 40%.

On the face of it, Singapore is leading the race to bring this diversification to investors, with two Rule 144A deals so far this year, but Hong Kong might be a more obvious centre.

“Hong Kong is uniquely placed because you have all this nat cat risk in China,” said Tow Lu Lim, a partner with law firm Mayer Brown, which hosted a client event on alternative capital in Hong Kong on Thursday. “If there’s a market out here, then suddenly the capital markets are going to look at this and see that they can diversify geographical risk away from the US.”

Singapore has already put a legal framework in place to allow ILS deals to be domiciled there, but has yet to see any ILS deals that incorporate Asian risks (the first two deals were both for Florida risks), whereas Hong Kong is still working on a framework but has already produced an ILS deal — Peak Re’s sidecar that was completed last year.

There are still challenges facing Hong Kong as it tries to catch up Singapore, which has been talking about ILS for almost a decade and has the benefit of a unified regulator in the Monetary Authority of Singapore.

“One of the issues that will be different for Hong Kong is that it has three regulators — the HKMA, the SFC and now the Insurance Authority,” said Lim. “When you’re talking about the convergence of the capital markets and the insurance market, because obviously this is a security under the SFO [Securities and Futures Ordinance], one of the issues will be whether the SFC will regulate this as well.”

The further challenge that both Singapore and Hong Kong face is generating deal flow. Few people doubt that there is demand for Asian risk. Unlike in Europe, expected losses on Asian portfolios are high enough to make ILS an attractive proposition, in theory, but the problem is one of supply. Cedants in the region generally get everything they need from their existing reinsurer relationships without jumping through the hoops needed to sell securities to institutional investors in the US.

“If you’re a new entrant to the market, having a 35-page reinsurance contract versus 120 closing documents for a cat bond can be daunting, obviously,” said Richard Spitzer, a New York-based Mayer Brown partner who worked on Singapore’s first Rule 144A cat bond. “We’re there to help carry people through that process, but it is obviously harder.”

Peak Re’s deal was not structured in this way, but it does at least show that there is a willingness in the region to explore new structures.

Alternative capital now makes up 4% of the worldwide non-life insurance and reinsurance market, according to Swiss Re. That is based on a global capital base of US$2 trillion, with 80% from primary insurers, 16% from reinsurers and the remainder through ILS, sidecars and other alternative capital vehicles. Some estimates are even higher.

As the quality of modelling in Asia improves, the pool of risk in the region that will be suited to some form of alternative capital funding will only grow larger. At the same time, urbanisation and economic development in China in particular will increase the absolute level of risk exposures that are vulnerable to natural catastrophes.

Singapore is ready to provide a domicile for this risk, it now remains to be seen if Hong Kong can put a regulatory framework in place that makes sense for sponsors.