Climate risk and Covid drive renewal pricing down under 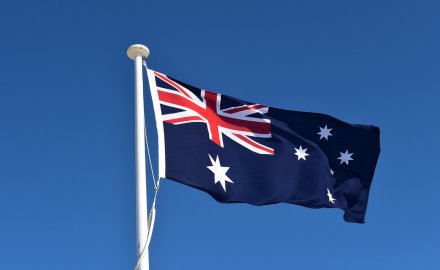 The cost of aggregate reinsurance cover in Australia is set to rise by up to 60% at the July renewal, posing significant challenges for P&C insurers in the country.

“Suncorp is backing its business customers with unprecedented relief to match the enormity of this incredible economic shock.” Steve Johnston, Suncorp

“In our negotiations we’re seeing rate increases on aggregate cover of 20% at the lower end, all the way up to 60%,” according to one reinsurer in Australia.

Insurers, on the other hand, may struggle to pass on higher costs given the current economic environment — not to mention the public-relations fallout from hiking rates during a pandemic.

SMEs
This is particularly the case for companies that target smaller businesses hard-hit by the effects of Covid-19.

While overall reinsurance costs are likely to increase by at least 10%, many insurers have unveiled a range of measures to provide relief for their SME customers, including deferred payments, free cancellations and in some cases renewals at current premiums and terms.

“Suncorp is backing its business customers with unprecedented relief to match the enormity of this incredible economic shock,” said Suncorp chief executive Steve Johnston at the launch of its small business relief package in April. “As one of the country’s largest general insurers, it’s vital we are there for the small business community when they need us most.”

Such support is certainly welcome, but it could become a burden for Suncorp, which has the biggest exposure of the major Aussie P&C insurers, according to Morgan Stanley analyst Andrei Stadnik.

He notes that all of the major Aussie insurers rely heavily on reinsurance due to their concentrated exposures in Sydney, Melbourne and Brisbane; their use of a capital framework that looks at losses after reinsurance recoveries; and their dominant position in New Zealand, where earthquake risks are high.

However, QBE has greater geographic diversification thanks to its footprint outside Australia and IAG benefits from a multi-year quota share deal that reduces year-to-year reinsurance pricing fluctuations.

“Even during periods of El Nino or drier weather, Australia has seen meaningful cat losses in the past 12 to 13 years.” Andrei Stadnik, Morgan Stanley

Suncorp has only avoided exceeding its cat budget in recent years due to aggregate reinsurance cover, which is about to become significantly more expensive. A multi-year deal similar to IAG’s could be an option for it, according to Stadnik, to help reduce earnings volatility and improve capital flexibility.

Climate risk
The fear for Aussie insurers is that the rising cat losses of the past decade are not simply a result of growing underlying exposures and will continue into the future due to climate change.

“Even during periods of El Nino or drier weather, Australia has seen meaningful cat losses in the past 12 to 13 years,” Stadnik wrote in a recent report, arguing that the past two years of losses strongly suggest that the country’s cat risk profile is changing. “Reinsurance recoveries have averaged 74% of reinsurance expenses since 2010, but they have been 93% in the past 12 months and 87% in the past 24 months.”

With an average expense ratio of about 28%, most Australian reinsurers must be making underwriting losses with recoveries so high, but there is hope that the hardening market will drive a return to profitability.

“It’s certainly helpful,” said the reinsurer, who was careful to avoid an admission of being unprofitable, adding that performance in the upper layers in reinsurance towers has been good in recent years, outside of quake losses in New Zealand.

Global effort
Mitigating climate change will require a coordinated global effort, but insurers in Australia are making their own strides too.

IAG, QBE and Suncorp are all incorporating climate risks into their pricing. IAG is developing discounts and incentives for carbon-reduction, QBE has hired a new ESG risk team to identify and analyse climate issues, and Suncorp has committed to developing products that support climate adaptation and mitigation among both its insurance and banking customers.

Australia may be on the front line of climate risk. There is little the market there can do to change this, but developing the expertise to understand and analyse such risks will be critical to building sustainable businesses in the face of rising costs.