China Re proceeds with global expansion, eyes US opening 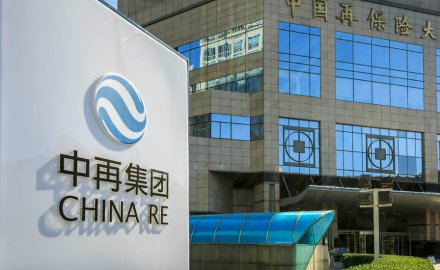 China Reinsurance (China Re), the nation’s largest re player, is aiming to establish a business entity in the US, according to Reuters.

The move is in strategic alignment to expand its global footprint, and will fall in line with China-US trade deal developments — which should be an added advantage for developing their worldwide reach.

The reinsurer didn’t provide further detail on its specific considerations before it can make a final decision.

Phase one of the China-US trade deal was finalised in January – meaning the US is considering applications from Chinese financial institutions for licensing and operations. It is part of a broader approach to open up to China’s financial players. Current applicants include China Re, Citic Group and China International Capital Corp (CICC).

Yuan Linjiang, chairman of China Re, recently noted that the Covid-19 outbreak will impact the company. Its investment side, gross written premiums (especially motor) and its specialty unit Chaucer will be particularly affected. Strategies will be adjusted accordingly.

Yuan emphasised however, that their risk is controllable, and that the reinsurance market and P&C business lines in China will be less impacted than the life market.

Just last December, state-owned China Re opened a Hong Kong division (China Re Hong Kong). The set-up will allow the subsidiary to leverage established relationships in the SAR and advance core company priorities in risk management and life reinsurance financing.

It is the first Chinese reinsurance firm to set up shop in Hong Kong since China’s Banking and Insurance Regulatory Commission (CBIRC) was established in April 2018.

Early in 2019, the reinsurer showed off its global expansion strategy and capital book when it acquired Lloyd’s specialty player Chaucer from Hanover Group for US$950 million. China Re says the deal allows them to better leverage its reinsurance business – and ultimately enhance its global market position in accordance with the state’s One Belt and One Road initiatives.

The previous year also saw the company team up with Lloyd’s syndicates to launch a political violence cover facility; and the signing of a memorandum of understanding with Spanish giant Mapfre for joint coverage of Belt and Road (BRI) projects.

Despite the Covid-19 hit, China Re continues to move forward with their plans for a global footprint.