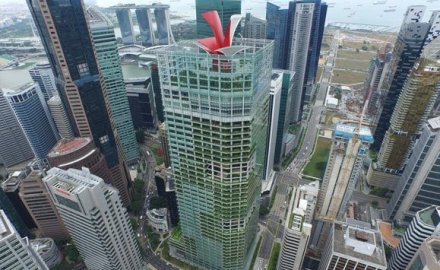 China Re and Chaucer has teamed up with Singapore-based Lloyd’s syndicates Talbot, Munich Re Syndicates, Beazley, Canopius, QBE, and Liberty Specialty Markets, to offer political violence cover for projects along China’s Belt and Road initiative.

The cover is available for businesses working with Chinese firms on Belt and Road projects – for example – providing property damage, business interruption and other liabilities for a construction project.

The scheme was set in motion following China Re’s acquisition of Chaucer at the end of last year.

Margaret To, chief executive of Chaucer Singapore, told InsuranceAsia News: “The facility, which is the first of its kind, offers individual cover limits of up to US$250 million, providing clients with complete risk mitigation in challenging territories where there is political instability.”

Earlier in the year, China Re launched the first political violence insurance product in Chinese which spiked the interests of many large domestic state-owned enterprises.

Zhang Renjiang, general manager of China Re P&C, told InsuranceAsia News: “Political violence insurance mainly covers the risk of property damage and business interruption caused by political violence. It is an effective supplement to the engineering and property all risks policies insured by One Belt One Road Consortia in Singapore and the Chinese market.”

He added: “In the face of the huge demand of Chinese enterprises, there is a shortage of political violence insurance in the market. Since the Belt and Road Initiative was put forward, Chinese enterprises have stepped up the pace of overseas development. On the aggravated geopolitical front, Chinese enterprises could no longer ignore mounting tensions that risk disrupting global expansion, operation and construction.”

A total of 132 countries are currently participating in the Belt and Road, together accounting for 30% of global GDP, 62% of the world’s population, and 75% of known energy reserves.

To explained some of the thinking behind the launch: “The facility we have created combines Chaucer’s strong technical underwriting capability and leadership position in the political violence market with China Re’s comprehensive distribution capabilities to deliver an outstanding service to clients.”

The scheme has been approved by Lloyd’s and the Monetary Authority in Singapore.

Share Article
MORE FROM: Terrorism
Join the mailing list Receive our regular newsletter, a round-up of the latest news and insights direct to your inbox, and designed to help you stay ahead.
Print Edition