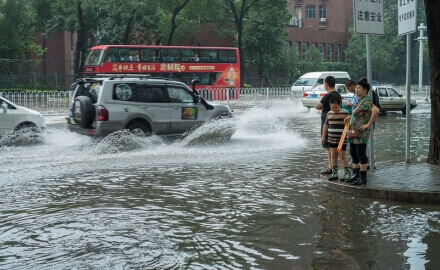 The floods that have inundated China since early June have caused direct economic losses of Rmb27.8 billion (US$3.9 billion), says the Ministry for Emergency Management.

With 26 provinces affected over five rounds of heavy rainfall since the start of the month, the human toll has been significant. 78 people are confirmed dead or missing and 744,000 have been evacuated. Over 14 million people have been impacted by the floods.

Over the past week alone, around 11 provinces in south China were engulfed with floods, including — Guangdong, Guangxi, Hunan, Guizhou, Yunnan and Sichuan. Chongqing, a city of 30.5 million nearby the Yangzte River, saw its worst floods in 80 years.

Li added that the McLarens’ construction all risks (CAR) team was involved in a multitude of CAR claims — the largest individual claim reaching over Rmb100 million (US$14.1 million).

And the country is bracing for even more torrential rainfall and severe flooding. Weather forecasts show China’s east coast will be hard hit this week, and 700,000 people are at risk of displacement.

Heavy rains in China are a “semi-permanent feature of Asia’s atmospheric circulation in late spring and summer,” says Yale’s Climate Connections. But the intensity and frequency of China’s flood risks continue to grow — in part due to the climate warming and rural populations urbanising.

According to Aon’s 2016 catastrophe report, floods in China that year caused an economic loss of US$28 billion, recorded half a million claims and 15 million acres of cropland was submerged.

But the Chinese regulator “cited claims payouts representing less than 2% of the economic cost, with most of the claims from lost agriculture.”