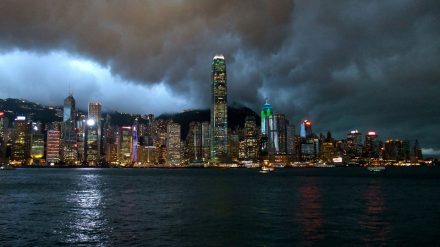 Unfortunately for the markets, mother nature does not take market worries and fears into consideration.

The impact of an extreme weather event this year would add on to economic woes caused by the coronavirus outbreak. And for the Asia Pacific region, the annual typhoon season has begun again.

Last year, three serious typhoons lashed East Asia. Typhoon Lekima was the first – it made landfall in China in August, while September and October brought Typhoons Faxai and Hagibis to Japan.

“With a lower storm landfall forecast in northern Asia and moderate increase in southern Asia, we would expect the capacity from the reinsurance market to remain unchanged with stable pricing.” Tony Gallagher, Guy Carpenter

While it seemed to be a quiet start to the typhoon season, in South Asia, India and Bangladesh have just been hit by Cyclone Amphan. The storm is the first super cyclone to arise in the Bay of Bengal since 1999 — and is expected to cost insurers over US$100 million in claims.

As East Asia moves into the tropical storm season with the Covid-19 fallout still happening, what is the forecast ahead?

Near normal
The outlook for 2020’s tropical cyclone season looks to be a bit calmer despite the last few years of costly storm seasons.

Running from April 1 to September 30, East Asia’s storm season forecast is predicted to be ‘below to near normal,’ says Guy Carpenter’s findings from its Asia Pacific Climate Impact Centre (GCAIC). Their study utilised a location-specific climate model to forecast the season’s tropical cyclone formations and landfalls.

In Japan and Korea, both countries should see around 3.4 typhoons making landfalls this season — compared to an annual historical average of 4.8 typhoons from 1977 to 2018.

For Eastern China, Southern China, Taiwan and Vietnam, around 3.5 typhoons will make landfall in these areas. The annual historical average is recorded as the same — 3.5 typhoons.

The mild predictions are due to neutral conditions following a weak El Nino year.

Tony Gallagher, chief executive Asia Pacific at Guy Carpenter, explained to InsuranceAsia News (IAN) that the forecast means relative stability ahead for the markets: “With a lower storm landfall forecast in northern Asia and moderate increase in southern Asia, we would expect the capacity from the reinsurance market to remain unchanged with stable pricing.”

“In the past year we saw an increased risk of tropical cyclone hazard in northern Asia. The market made adjustments and all reinsurance programs were placed successfully. We believe these developments to be positive indications that the reinsurance markets will remain stable for 2020,” added Gallagher.

China outlook
As for mainland China, whose economy is restarting after its Covid-19 battle, there may be choppy waters.

Junhua Zhou, deputy general manager of China Re’s Catastrophe Risk Management, a subsidiary of China Re P&C, noted to IAN: “The research conducted by the China Meteorological Administration (CMA) expects more typhoons originating from the northwest Pacific and South China Sea. The number of typhoons landing in China [this year could be] slightly more, with a stronger intensity.

He added with a caveat: “However, it is hard to give a [definite] answer given the different assumptions in climate models.”

“Some (re)insurance companies build up a nat cat platform to help policyholders or the public to receive warning messages before typhoon events.” Junhua Zhou, China Re

Zhou underscored that the private markets and state can continue to work together and develop solutions to mitigate this risk.

Zhou continued: “Some (re)insurance companies build up a nat cat platform to help policyholders or the public to receive warning messages before typhoon events. Some even directly provide risk management suggestions like disaster prevention measures to mitigate typhoon loss.”

Reinsurers’ risk appetite
With the added strain of Covid-19, strategies may be reassessed.

David Lightfoot, head of global strategic advisory – Asia Pacific and Latin America at Guy Carpenter, noted to IAN that Asian markets have lower levels of exposure to Covid-19 claims. This is a result of “tighter original wordings excluding pandemics following SARS losses and other viruses in previous years.” However, reinsurers are have already been recording Covid-19 related losses from their global portfolios in their Q1 results.

Resulting from this, “reinsurers will likely be carefully reviewing the original and reinsurance polices covering these losses and determining the impact, if any, on their risk appetite. In Asia, the Covid-19 losses appear more limited with reinsurance markets being driven more by catastrophe losses in recent years, in particular windstorm and flood. We expect that a lower tropical cyclone forecast would likely factor into the reinsurers’ risk appetite in Asia.”

Market players look well-placed to weather the (hopefully) mild storm season ahead. But a warming climate and increase of extreme weather events will continue to factor heavily into strategies and risk appetites.