Billions on the line as BI wording goes to trial 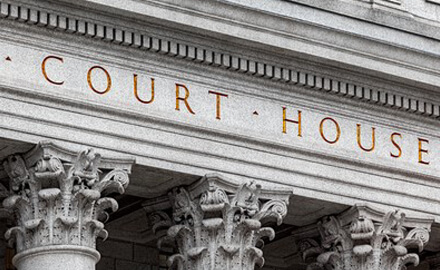 A test case in the UK could provide a first look at how courts will rule on billions of dollars in Covid-19 business interruption claims around the world.

In an unusual move, the Financial Conduct Authority (FCA) is asking the High Court to look at a representative sample of policies and clarify whether insurers are justified in denying claims.

With many businesses continuing to lose money due to Covid-19, it’s hoped that the accelerated process will help to resolve disputes between insurers and policyholders as quickly as possible, though existing complaints will be allowed to continue alongside the FCA’s test case.

“Hopefully we’ll be able to … get a clear set of rulings that tell us which policies are likely to be engaged.” Chris Woolard, FCA

The resulting judgment will not be binding on the eight insurers whose policy wordings are under scrutiny (Arch, Argenta, Ecclesiastical, Hiscox, MS Amlin, QBE, RSA and Zurich), but it will provide clarity on how such cases will be treated by the courts — and the goal is that this will encourage parties to settle their disputes outside court.

“What we’re trying to do here is to shorten the timetable for that period of uncertainty,” said Chris Woolard, chief executive of the FCA, on the authority’s in-house podcast on June 8. “What we will do is put the facts in front of a judge. Hopefully we’ll be able to do that in July and will be able to get a clear set of rulings that tell us which policies are likely to be engaged and therefore need to consider paying out and which policies are not so we’ll get a really clear line.”

Whichever way the ruling goes, it could also help to influence business interruption disputes elsewhere in the world, including a similar test case under consideration by Australia’s Financial Complaints Authority.

Appeal
It’s possible that insurers could challenge the court’s ruling, but that “may not be a good look for them”, according to Garon Anthony, a litigation partner at Squire Patton Boggs.

“There’s a very public light that’s being shone on the insurance industry here and I think there is a sense — right or wrong — that this is a case of insurers yet again trying to wheedle their way out of an obligation,” he says.

However, the questions the FCA is asking the court to consider may not have simple answers and there is unlikely to be a broad decision that will resolve all of the issues in one sweep.

It’s quite possible that nobody will be happy with the result, which might be a fair reflection of the merits, but it could also mean that the goal of bringing disputes to a swift resolution fails.

“This isn’t like normal litigation where it’s win or lose,” says Anthony. “This is all about interpretation, so I don’t think it will be black and white. It will be quite fact-sensitive.”

In other words, applying the court’s nuanced policy interpretations to individual circumstances will necessarily result in a range of outcomes. And the question of losses is another matter. Except in fairly limited circumstances, the court isn’t being asked to deal with how much policyholders can recover.

It’s quite possible that nobody will be happy with the result, which might be a fair reflection of the merits, but it could also mean that the goal of bringing disputes to a swift resolution fails.

Change in the air
One thing is certain — loosely worded business interruption extensions should be a thing of the past.

Unfortunately, P&C insurers’ woes are probably not going to end with business interruption claims. While the world awaits a second wave of Covid-19 infections, and some countries still deal with the first, (re)insurers are likely to face a second wave of claims — this time under directors’ and officers’ (D&O) policies.

“The finger of blame will start getting start getting pointed in the same way that it was after the financial crisis,” says Anthony.